Genuine opposition candidates to Egyptian President Abdul Fattah al-Sisi, on poster above, have either been arrested or intimidated into dropping out
Asmaa Waguih—Redux
By Tara John

Egyptians will vote in a presidential election March 26–28, but there’s little doubt who will win. Current leader Abdul Fattah al-Sisi is almost guaranteed a second term, since his authorities have cracked down on political opponents, independent media and civil society ahead of the vote.

The incumbent’s sole challenger is an obscure politician, Mousa Mostafa Mousa, who previously campaigned for al-Sisi before entering the race at the last minute. A string of other contenders withdrew earlier in the campaign, citing repression. Among them was ex–military chief of staff Sami Anan, who was detained in January after the army accused him of running for office without permission. On March 7, U.N. human-rights chief Zeid Ra’ad al-Hussein condemned a “pervasive climate of intimidation” in Egypt ahead of the vote.

This rejection of democratic norms marks the growing authoritarianism of the former general, who led a 2013 military coup to depose then President Mohamed Morsi. Al-Sisi vowed to revive the economy, which had gone into free fall after the 2011 Arab Spring uprising that ended the rule of dictator Hosni Mubarak. Despite $12 billion in IMF loans and al-Sisi’s recent announcement that his administration had “completed 11,000 national projects,” youth unemployment is above 30%, while spiraling inflation has made life unaffordable for many Egyptians.

Meanwhile, human-rights groups say al-Sisi has turned Egypt into a police state. Criticism of the government is effectively outlawed, and national-security agents routinely detain and torture protesters and political dissenters, according to Human Rights Watch. Al-Sisi has, however, avoided criticism from Western allies, who see him as a staunch partner against Islamic terrorism; President Trump hailed him in 2016 as a “fantastic guy.” Seven years after the Arab Spring, the country is again ruled by a strongman who is set to remain in power for as long as he so desires. 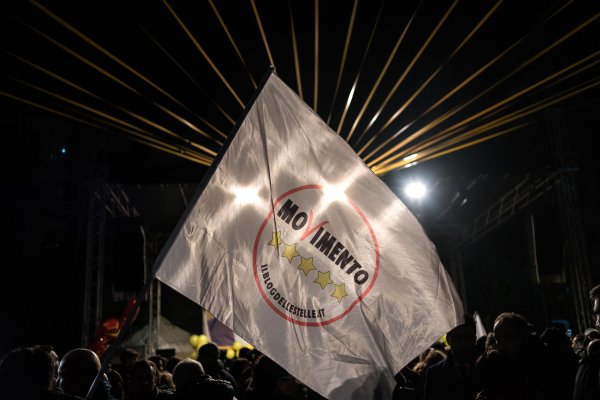 The Success of Italy’s Populists Sets Off Alarm Bells for Europe
Next Up: Editor's Pick