Roger Bannister about to cross the tape at the end of his record breaking mile run at Iffley Road, Oxford
Norman Potter—Central Press/Getty Images
Ideas
By Phil Knight

Sitting at the dinner table one night in the summer of 1954, my father asked me if I would like to go to Vancouver to see the British Empire Games. “It will be as close as you or I will ever get to actually seeing an Olympics,” he said, “and it ends with the Miracle Mile, the race between the world’s only four-minute milers.” Coming just months after that record was first broken by Roger Bannister, who died on March 3 at 88, it was a gift from a busy, somewhat distant father to a dutiful, shy son.

The race did not disappoint. I was spellbound for all four laps. At the half-mile, the loudspeaker announced the time: “1:58 …” The tenths were drowned out by the roar of the crowd that grew over the next two minutes. The excitement faded, my father turned to me, in one of his teachable moments, and said, “Never in your life will you ever see two men run under four minutes in a single race.” His forecast missed, but it was the best bonding time of our lives. Looking back, there was something else going on that day too. It drove home the magic a great sporting event can weave: the ability of the moment to inspire. For Bannister, the victor, lying exhausted, he had to be saying to himself, “I did it.” He had done far more than he ever could have imagined.

Knight is a co-founder and chairman emeritus of sportswear company Nike Inc. 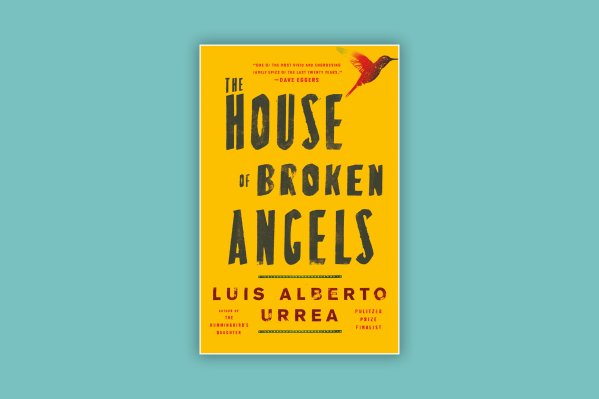 The House of Broken Angels Is a Love Song to the Mexican-American Family
Next Up: Editor's Pick