You Can Now Order an At-Home Genetic Test for Breast Cancer. But Should You?

The Food and Drug Administration (FDA) approved the first at-home genetic test for breast cancer genes, opening the door to the next stage in personalized DIY medicine. But how reliable—and how useful—are the results going to be?

Because it is FDA-approved, the technology behind the 23andMe test, and the results it provides, are valid and scientifically sound. But interpreting what those results mean, positive or negative, for every person who orders it is another matter.

The test is part of 23andMe’s $199 spit kit that mostly analyzes DNA from saliva for ancestry information. People who want their DNA to be tested for the breast cancer genes must select that option when sending in their sample. The breast cancer test looks at three specific versions of genes known to contribute to a higher risk of breast cancer, called BRCA1 and BRCA2. But there are more than 1,000 variants of these genes that can increase breast cancer risk anywhere from 45% to 65%, which means that a negative result doesn’t necessarily mean a person has a low risk of developing cancer.

“My concern is that if an individual does this test without checking with their health care provider and gets a negative result, that it will give them false reassurance,” says Dr. Banu Arun, co-director of the clinical cancer genetics program at MD Anderson Cancer Center. She points out that the three variants in the 23andMe test are most common among a very specific subset of the population: people of Ashkenazi Jewish descent from Eastern Europe. Even among this population, it occurs in about 2% of people. And that percentage drops even lower among others. “They are very, very rare in the rest of the population, occurring in close to 0%.”

Overall, BRCA and other inherited mutations account for about 5-10% of breast cancer cases, which means that not every woman needs to get the test. Cancer doctors generally only order it for people who have a strong family history of breast cancer or ovarian cancer (which is also affected by the genes), since that pedigree suggests a possible genetic, hereditary factor in their cancer risk.

While both Arun and Offit applaud the greater awareness of and access to genetic testing for cancer that direct-to-consumer companies like 23andMe provide, they stress that genetic information is not simply about getting the genetic results but about interpreting them responsibly. That’s a concern shared by the FDA, which, in 2013 ordered the company to stop providing genetic information on risks of health-related conditions until it could assure the agency that the information was accurate, given that the results could affect critical decisions people made about their health and their futures.

The company returned to market in 2015, with a much more limited scope of health-related information, mostly focused on genetic diseases passed on by inherited mutations, and ancestry-based data.

Even if the 23andMe test is negative, women who are really concerned about their risk of breast cancer, especially if they have a family history of the disease, should discuss the results with their physician, who will likely re-order the test except with the entire panel of variants. “If you get a negative result [with the 23andMe test], you are not done,” says Arun. “If you are concerned about your risk of breast cancer, you would have to get the whole test.”

Still, Arun, Offit and their colleagues in the cancer community are aware that direct-to-consumer testing is popular among their patients, and are looking for ways to marry the convenience such testing options offer with the critical context and advice that medical experts can provide. Offit is part of a multi-city, multi-center study that will allow people of Ashkenazi Jewish descent, who are at higher risk of developing breast cancer, to get tested for the same three variants that the 23andMe test analyzes at a local commercial testing site and have their results sent directly to their primary care doctor or physician of their choosing. The study also provides, as commercial testing sites do, information and background on cancer risk genes. They can also choose to have their results sent to a genetic expert like Offit. The purpose of the study is to better understand how people react and use results from commercial testing sites. Among the questions they hope to answer: Do they act on the results? Do they prefer to discuss them with their primary cancer physician or with a genetic cancer expert? How comfortable are primary care physicians in discussing genetic results? What treatment decisions do their patients make?

“The health care provider’s fiduciary responsibility is to you as the patient,” says Offit. “He is not representing the interests of a for-profit commercial laboratory.” For those reasons, the FDA and 23andMe both encourage people to discuss their results with a physician.

It’s not clear how many people will take advantage of the newly approved test. But doctors hope that people who do order it follow the advice to consult with their doctors before making any decisions about treatments. 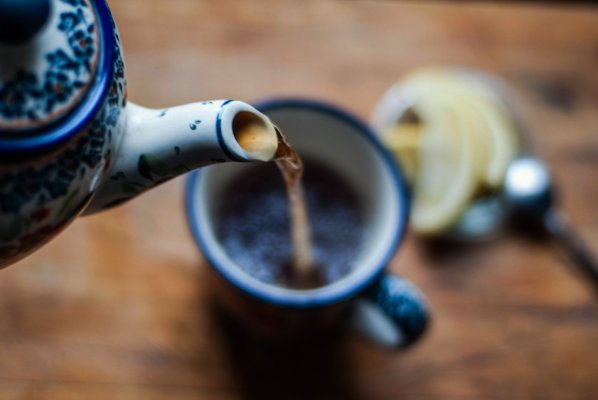 Here's How Drinking Hot Tea Could Increase Your Risk of Cancer
Next Up: Editor's Pick