A photo of Srinivas Kuchibhotla, the 32-year-old Indian engineer killed at a bar in Olathe, Kansas, is pictured during a peace vigil in Bellevue, Washington on March 5, 2017
Jason Redmond—AFP/Getty Images
By Melissa Chan

A Kansas man pleaded guilty Tuesday to killing an Indian-born engineer and wounding two others inside a bar last year in a high-profile shooting federal authorities say was a hate crime.

Madasani was Kuchibhotla’s friend, and Grillot was a bystander at the bar who got shot in the hand and chest after he rushed Purinton as the gunman fired inside Austin’s Bar and Grill in Olathe, Kansas on Feb. 22, 2017.

Grillot previously told TIME he was watching a basketball game when Purinton walked up to Kuchibhotla and Madasani and reportedly told them to “get out of my country” before opening fire. Purinton was captured several hours after the shooting.

“Today’s guilty verdict will not bring back my Srinu, but it will send a strong message that hate is never acceptable,” Kuchibhotla’s widow, Sunayana Dumala, said in a statement to the New York Times.

Purinton’s sentencing is slated for May 4, according to Johnson County District Attorney Steve Howe.

Purinton still faces federal hate crime and firearm charges. The Justice Department had announced his indictment in June 2017. If convicted in his federal case, Purinton could be sentenced to a maximum penalty of death or life in prison, federal officials said. 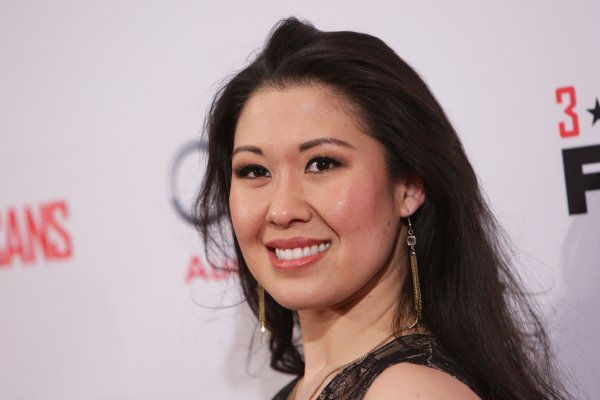 Car Slammed Into Pregnant Broadway Star as She Crossed the Street, Killing Her 4-Year-Old Daughter
Next Up: Editor's Pick