The names of 17 people who were killed when a gunman opened fire at Florida school last month were displayed on a skyscraper in New York City’s Times Square Tuesday, looming over one of the world’s busiest street corners.

Big Sign Message tweeted that it was “proud to have helped, even in a small way.”

The display’s main banner, which stretched almost the entirety of the skyscraper atop Times Square’s SuperDry Store, bore the names of the victims of the Feb. 14 massacre beneath 17 soaring eagles, the school’s mascot. It was flanked by smaller signs depicting the school’s logo and the hashtag #MSDStrong.

Visitors to Times Square, alumni and parents of Stoneman Douglas students tweeted photos of the tribute. As well as the #MSDstrong hashtag, many tagged their tweets with #NeverAgain, a rallying cry for survivors and supporters advocating for tighter gun controls. 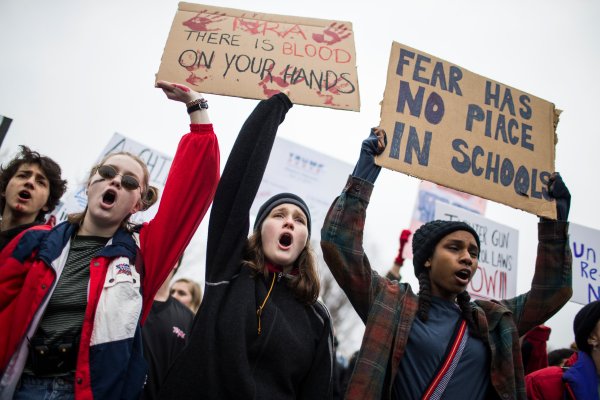