Jordan Peele Is Keeping His Oscar in the Most Horrifying Place Imaginable. Only Get Out Fans Will Recognize It.

Jordan Peele has already found the perfect place to display his new Oscar and it’s next to a pivotal part of the Get Out set. The writer and director made history on Sunday night at the Academy Awards when he took home the Oscar for Best Original Screenplay for his critically acclaimed horror film, Get Out, as the first African American recipient in that category ever.

On Monday night, Peele took to his Twitter to share with his followers where he had found a home for his Oscar — sitting face-to-face with the Emmy Award he won for Key & Peele in 2016. Peel humorously captioned the photo: “This is exactly what it looked like watching my wife give birth.” Peele and wife, fellow comedian Chelsea Peretti, welcomed a son, Beaumont Gino, last summer.

However, one of his Peele’s followers was quick to notice something sinister and familiar in the background behind the statuettes — the brown leather chair that ushered Chris into the sunken place in Get Out, something that Peele confirmed was the real deal. 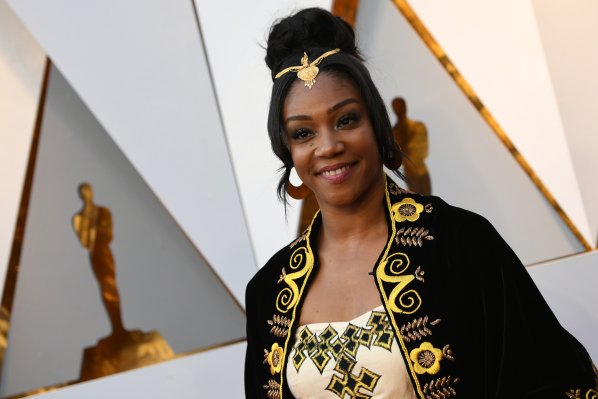