More Than 43,000 Rohingya Parents May Be Missing. Experts Fear They Are Dead

More than 43,000 Rohingya parents have been reported lost, presumed dead in the six months since Myanmar’s military unleashed a crackdown last August, according to a new report. These figures provide the latest indication that even by conservative estimates the number of Muslim Rohingya killed in the crisis far exceeds the Myanmar government’s official count of 400.

Based on surveys of refugees who fled Myanmar for neighboring Bangladesh, 28,300 Rohingya children have lost at least one parent, while an additional 7,700 children reported having lost both parents, according to the ASEAN Parliamentarians for Human Rights (APHR), citing data from the Bangladeshi government. That puts the number of “lost” parents as high as 43,700, according to APHR, adding that it is unclear how many of the children are siblings and may have lost the same parent.

“These numbers cover Rohingya children whose parents are currently not with them because they were killed, or presumably killed and their whereabouts are unknown,” Oren Samet, a research and advocacy director at APHR, tells TIME.

While there are no reliable totals for how many people have been killed in what the U.N. has labelled an “ethnic cleansing” campaign, Doctors Without Borders estimated 6,700 Rohingya deaths in the first month of violence alone.

Matthew Smith of Fortify Rights says the number of “lost” parents begins to reveal the scale of the ongoing atrocities.

“Given what we’ve documented from eyewitnesses and survivors from areas targeted by the army and other state security forces, it’s likely that a significant portion of lost parents were killed,” Smith says. “There were massacres and mass killings in all three affected townships since August, and in 2016 as well.”

In February, the Associated Press detailed evidence of at least five mass graves in one location near the epicenter of the violence, Gu Dar Pyin. At that single Rohingya village, survivors estimated a death toll as high as the government’s tally for the full crisis.

“The Myanmar government’s estimate of 400 deaths is a bad joke, and continues their practice of using their own ‘investigations’ as cover-ups … to rebut the need for more independent investigations into the atrocities,” says Phil Robertson, Deputy Asia Director for Human Rights Watch.

Since Aug. 25, more than 671,000 Rohingya have fled from Myanmar into overcrowded camps in Bangladesh, many bearing bullet wounds and evidence of widespread sexualized violence. Of those, around 60% are children, many of them without their parents.

Children have described witnessing their relatives’ murders before military and vigilante raids set their villages ablaze.

“We saw many, many children whose parents were killed and [who] were brought to Cox’s Bazar by neighbors or passerby who grabbed them from burning houses,” said Charles Santiago, APHR chair and a Malaysian MP.

According to the U.N. refugee agency, at least 5,600 children under 18 have become heads of their households, taking on the role of caregiver for littler siblings.

Previous estimates suggested that more than 2,680 children were separated from their parents, left unaccompanied or orphaned in the vast sprawl of Bangladesh’s ballooning, makeshift camps. But the latest figures from Bangladesh suggest the total is much higher.

Human rights organizations have raised alarm about the potential for human trafficking. APHR said this scenario will likely be further exacerbated by the start of monsoon season at the end of this month, and as a highly criticized repatriation plan fails to gain traction.

“I suspect human trafficking will start once the rain begins. People will find ways to leave to Indonesia, Malaysia, wherever they can go,” said Santiago. 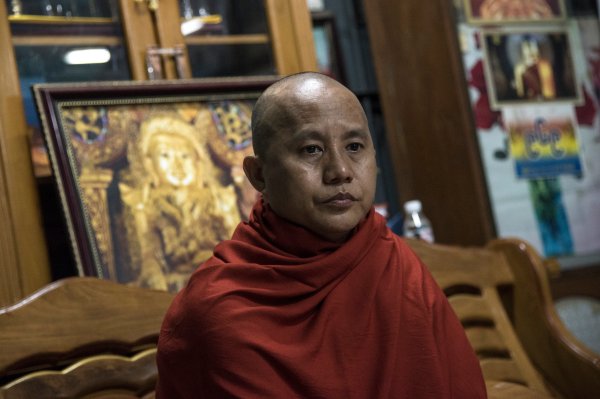