Former Massachusetts Senator Scott Brown will officially announce his bid for U.S. Senate in New Hampshire on Thursday, he said in an email sent to supporters Monday.

The announcement-of-the-announcement was long expected for the Republican lawmaker, who will be up against Democratic Senator Jeanne Shaheen.

“As I’ve travelled across the state and added miles on my truck, I’ve heard the same concerns at every stop,” Brown wrote in his e-mail. “You’ve told me you want a stronger economy with more good-paying jobs. You want a government that doesn’t spend more than it takes in. Most of all, you want a health care system that works for New Hampshire – not one that leaves you with higher premiums, cancelled policies and fewer medical options.”

Brown won the late Ted Kennedy’s Massachusetts Senate seat in a 2010 upset against Martha Coakley. He then lost the seat to Elizabeth Warren in 2012. Brown is known as one of the most prolific Republican fundraisers, making him an attractive candidate for national Republicans who want to unseat Shaheen.

The first fundraiser for Brown’s Senate campaign is set for Monday night, the Boston Globe reports. 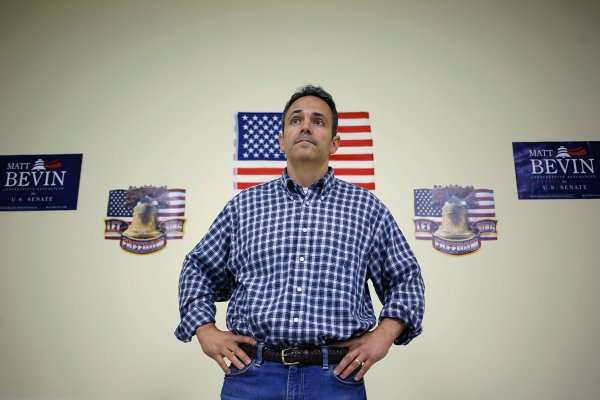 Tea Partier Says McConnell Should Retire With Dignity
Next Up: Editor's Pick