More than 90,000 people in the U.S. are waiting for a kidney transplant, and new research suggests an unusual approach may help cut down the list: using diseased kidneys.

In a new study published in the journal Annals of Internal Medicine, researchers gave 10 willing people, who were in need of a kidney transplant, kidneys that were infected with hepatitis-C, followed by medication known to clear the infection. All 10 remained free of the disease one year after their landmark transplants.

The trial, which occurred at Johns Hopkins University School of Medicine, is one of a few happening nationwide. Currently, hepatitis-C infected organs are discarded; about 500 kidneys are thrown away each year due to the infection. But in the last few years, several new and highly effective hepatitis-C drugs have been approved. The drugs have been shown to clear the disease up to 98% of the time.

So far, the same appears to be true when diseased organs are transplanted. At Johns Hopkins, researchers approached men and women over age 50 who had been on the waiting list for kidney transplants for an average of more than four months. None of the people had hepatitis C at the time. Ten people—with an average age of 71—agreed to be given hepatitis-C infected kidneys.

While they were waiting to receive the transplant, the doctors gave the recipients a dose of an oral pill containing grazoprevir/elbasvir, a drug combination sold under the brandname Zepatier. The men and women continued to take the pill daily for 12 weeks after the transplant. Three of the people also took another treatment called sofosbuvir (sold under the brandname Sovaldi, among others), to treat their specific strain of hepatitis-C.

The researchers report that five of the transplant recipients never had detectable hepatitis C in their blood. The other people had low levels of the virus that went away within a week. None of the men and women showed any signs of having the disease, and at least a year later, everyone is still healthy. “In this era of organ shortages, it’s difficult to watch good organs get discarded,” said study author Dr. Christine Durand, an assistant professor of medicine at Johns Hopkins University School of Medicine in a statement about the trial. “This was a great opportunity to take a neglected public health resource and put it to good use.”

The opioid epidemic is one of the reasons why there are more potential donor organs infected with hepatitis-C now than in the past. Cases of hepatitis-C nearly tripled from 2010 to 2015, which experts say is due to the rise in injection-drug use.

Johns Hopkins is not the only hospital to test hepatitis C-infected organs for transplants. At Penn Medicine in Philadelphia, researchers are testing hepatitis-C infected hearts as well as kidneys for transplant. Every year about 1,000 donor hearts are thrown away due to the infection. At Penn, people are put on hepatitis-C drugs once the virus is detected in their blood.

“Young, otherwise healthy people are dying from a drug overdose,” Dr. David Goldberg, co-leader of the Penn study and an assistant professor of medicine and epidemiology in the Perelman School of Medicine at the University Pennsylvania told TIME in October. “There are a lot of potential donors.”

The Johns Hopkins researchers say more large-scale trials are needed to continue to test the effectiveness and safety of diseased organ transplants, including kidneys, hearts and livers. 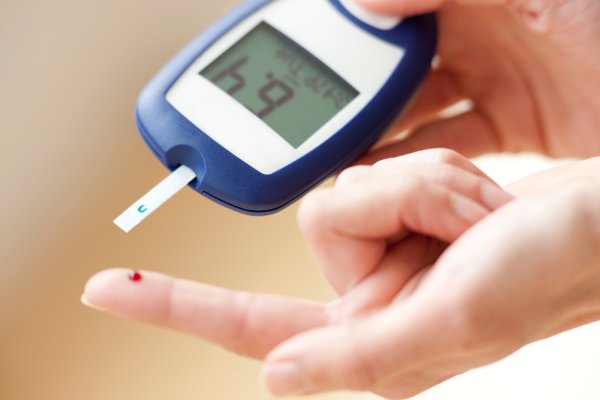 Researchers Identify Five Different Types of Diabetes, Not Just Type 1 and Type 2
Next Up: Editor's Pick