Succeeding in Places for Which Your Past Hasn’t Prepared You

First-generation college students — undergraduates whose parents did not attend university — have reason to be proud. They’ve made it, against daunting odds. But once they get on campus, many of these individuals struggle.

First-generation students “are more likely to encounter academic, financial, professional, cultural and emotional difficulties than are students whose parents attended college,” writes Teresa Heinz Housel, an associate professor of communication at Hope College in Holland, Michigan, who studies this population (and was herself the first in her family to attend college). More than a quarter of low-income first-generation college students leave after their first year, and 89 percent fail to graduate within six years.

The number of these students is growing — nearly one in three entering freshmen in the U.S. is a first-generation student — and so is interest in helping them succeed. The practices researchers have identified can be useful for all of us embarking on endeavors for which our background and experience have not prepared us.

First: Know what you don’t know. First-generation students are often not prepared for university-level work — but they believe otherwise, reports Karen Boden, a researcher at Azusa Pacific University in California. Her study of first-generation Latino students, published in the Journal of Hispanic Higher Education in 2011, found that the participants perceived themselves as academically prepared, even though they frequently lack the skills and knowledge of the offspring of college-educated parents.

Second: Figure out the unwritten rules. First-generation college students don’t simply lack the learning of their more privileged peers. They also arrive on campus without skills that other students take for granted, like knowing how to take notes and how to participate in class. Housel, coauthor of the report Faculty and First-Generation College Students: Bridging the Classroom Gap, notes that she, like many newcomers to university life, had to learn about “what conversational topics were appropriate for dinners with professors, how to make an airline reservation, what outfits were appropriate for professional interviews,” and other crucial but unaccustomed aspects of collegiate culture.

Third: Make connections. First-generation students feel less support, both emotional and informational, from their parents than do continuing-generation students, reports Susan Sy, a professor of psychology at California State University, Fullerton, and her coauthors in a recent study published in the Journal of College Student Retention. In these cases, research shows that social connections, whether it’s a mentor who’s a professor in the student’s area of interest or a study group of students with similar backgrounds, are essential to academic success.

Fourth: Embrace a new identity while preserving the old one. First-generation college students are often less involved in extracurricular activities than other students. They may be more likely to work outside jobs and to commute rather than live on campus, but they also may feel isolated or alienated by an unfamiliar university environment. Building bridges between home and school, old friends and new ones, is key to ensuring that the first generation to arrive at college departs there with diploma in hand. 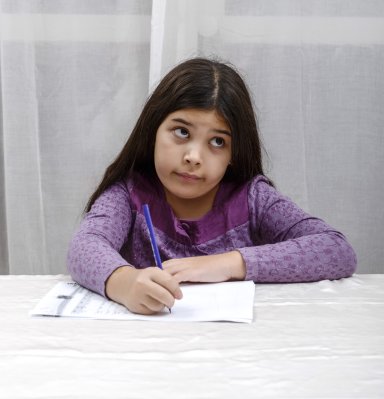