‘I Did It All By Myself.’ Allison Janney’s Oscars Speech Is an Instant Meme

Allison Janney could have ended her acceptance speech for Best Supporting Actress at the 90th Academy Awards after her opening line, and audiences would have been over the moon.

“I did it all by myself,” Janney said immediately after accepting an Oscar for her role in I, Tonya. As the crowd laughed and cheered, she added, “Nothing further from the truth.”

But the sentiment struck a chord with many people—and only partly because Oscars host Jimmy Kimmel had promised to bestow a jet ski upon the Academy Award winner who delivered the shortest speech of the night. While Janney’s speech did not qualify her for a jet ski, fans online loved her opener. 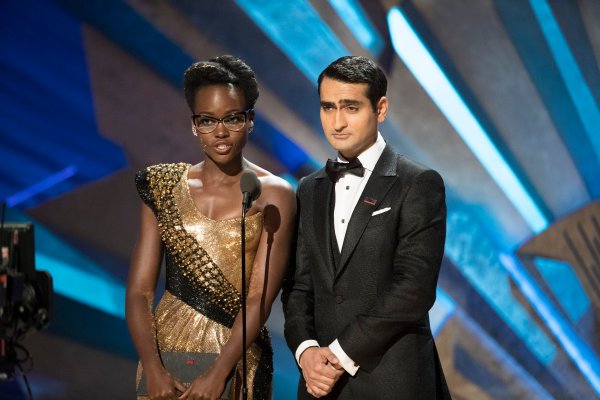 'We Stand With You.' Lupita Nyong'o and Kumail Nanjiani Support Dreamers at the Oscars
Next Up: Editor's Pick