Haddish, whose Oscars outfit honored her Eritrean culture, had told reporters she desperately wanted to meet Streep—in part because she hopes that the legendary actor will play her mother in the sequel to last summer’s hit, Girls Trip.

Haddish got her chance to convince Streep to take the role in person when she spotted her on the red carpet. Haddish ran and climbed over a rope to give The Post actor a hug. As they embraced, Haddish reportedly yelled, “You’re gonna be my mama!”

No word yet on whether Haddish’s pitch was successful. In the meantime, Streep can look forward to another promising night at the Academy Awards. She is nominated for her 21st Oscar Sunday night—a new record. 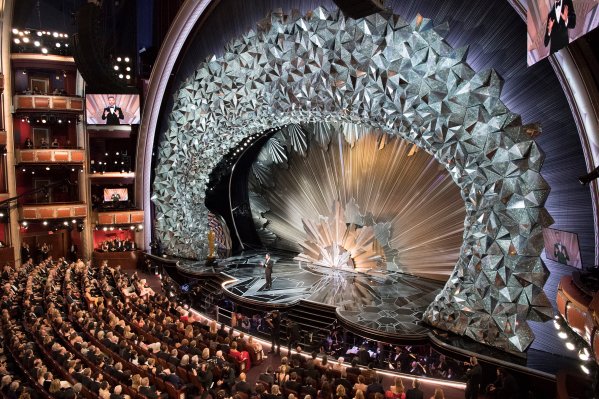 The Internet Can't Get Enough of the Sparkly Stage Design at the Oscars
Next Up: Editor's Pick