On Sunday, Nicole Kidman was going about her pre-Oscars duties when she decided to surprise a bus full of unsuspecting passengers aboard an Access Hollywood tour of Los Angeles — giving them the ultimate celebrity experience.

The actress posted a video of the adorable exchange on Instagram, which shows the moment she rolled down her window at a stoplight and said hello.

“Hi, everyone,” she said as they all began squealing in excitement once they recognized her.

“You look beautiful,” gushed another.

“I haven’t gotten my hair and makeup done yet, so,” said Kidman with a laugh before blowing them a kiss and waving goodbye.

Kidman, 50, isn’t a nominee at the 90th Academy Awards, though she will be presenting.

The award show comes at the end of a busy season for Kidman: She recently took home the Emmy and the Golden Globe for best actress in a limited series for her portrayal of Celeste Wright in the HBO hit Big Little Lies.

The 2018 Oscars ceremony will be held at the Dolby Theatre at Hollywood & Highland Center on March 4 and will be televised live on ABC at 8 p.m. ET/5 p.m. PT. 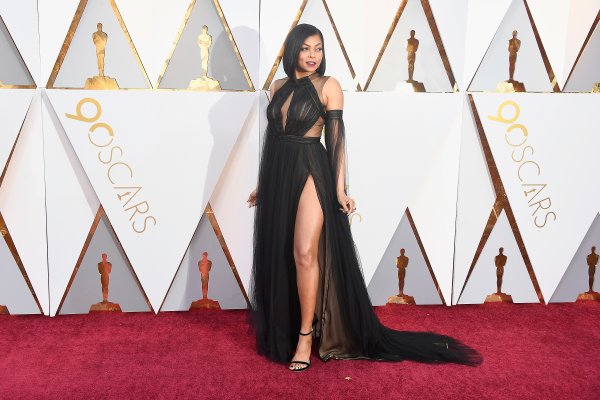