ISIS Stole Footage From a Soldier in the Niger ISIS Ambush. Now the Military Is Reviewing the Use of Head Cams

An ISIS propaganda video released over the weekend that appears to include combat footage from the helmet cameras of an ambushed U.S. Special Forces team has prompted the military to review the use of such devices by its troops. The ambush occurred on Oct. 4 in the West African country of Niger and resulted in the deaths of four Americans and five Nigeriens. It marked the deadliest combat incident since President Donald Trump took office.

The nine-minute ISIS propaganda video, which consists of previously unseen footage of the ambush, rippled across the Internet on Sunday after it was posted to social media accounts. The roughly edited film contains what appears to be captured helmet-camera footage taken from one of the Americans killed near the village of Tongo Tongo while on a counterterrorism mission.

The video, seen through the soldier’s first-person point of view, shows a fierce firefight between three Americans and dozens of heavily armed militants. It ends with other footage, apparently shot by the militants, as they approach the immobile bodies of two U.S. soldiers stripped of their helmets, equipment, and boots.

The military has generic policies on the use of electronic devices, but nothing dealing specifically on the use of hands-free cameras, which have become increasingly commonplace among Special Operations forces with the widespread availability of action camera technology, such as Go-Pros.

The cameras that the commandos use are government-issued and are not encrypted or password protected. But ISIS’ use of the captured video as a recruiting tool has prompted U.S. Special Operations Command, which oversees the U.S. military’s most elite units, to develop a formalized policy on head-cameras.

“USSOCOM does not have a policy on the use of helmet-cameras, but is in the process of developing one,” said Ken McGraw, a spokesman for Special Operations Command. “The situation with the Niger video did cause us to begin looking at the requirement for a policy.”

As it currently stands, the rules on using the cameras are developed on a case-by-case basis by military commanders on the ground in disparate geographic regions. The commanding officers make decisions on whether to use them based on mission requirements.

Donald Bolduc, a retired Army brigadier general who oversaw all Special Operations forces in Africa until last June, said his command debated the pros and cons of forming a blanket policy and guidance using such devices. His team ultimately left the judgment to military field commanders.

“Because of the ubiquitous nature of these devices, (we felt) it would complicate training and enforcement with our partners,” he said. “Our Special Operations teams, civil affairs and info operations teams use these cams as part of their mission and training with our partners. The use of these cams and any other footage during missions is considered sensitive and for official use only.”

U.S. Special Operations forces, which include Army Green Berets, Navy SEALs, Army Delta Force, and others, use the cameras as they conduct secretive missions in the darkest corners of the globe. The captured footage can play a critical role in intelligence gathering, as well as providing a training tool for future commandos.

“On balance, this technology is more helpful than harmful,” said Seth Jones, a former U.S. counter-terrorism official now with Center for Strategic and International Studies, a Washington think tank. “But it’s worth having a policy review on using these cameras based on what happened in Niger. American forces are in a lot of places, fighting a lot of enemies.”

It’s not hard to find helmet-camera video of military operations posted online. However, as the Niger ambush has shown, the footage can also be weaponized if it falls in to the enemy’s hands.

ISIS propaganda has been a challenge for the U.S. military and intelligence agencies to defeat. Numerous operations have been launched to stop the tech-savvy militant group from publishing their messages, videos, and publications on social media. The years-long efforts, which included teaming up with tech companies, have had success. But debilitating the ISIS propaganda machine remains an elusive target.

Col. Robert Manning, a U.S. military spokesman, told reporters Monday at the Pentagon that the Defense Department is aware of footage, but would not confirm authenticity of the photos or video.

“It’s an ISIS propaganda video that’s poorly produced and spliced together,” he said. “We didn’t produce the video. We can’t confirm something that we didn’t produce.”

Manning requested that media and the public not aid the militants’ “recruiting efforts by viewing or bringing to attention these images, these videos,” adding that to do so would be “complicit in amplifying ISIS propaganda.”

The U.S. military has yet to release a full accounting of what happened that day after a dozen U.S. soldiers and 30 Nigerien troops embarked Oct. 3 on a “reconnaissance mission” to the village of Tongo Tongo. Gen. Joseph Dunford, chairman of the Joint Chiefs of Staff, offered a brief overview of the events on Oct. 23, after President Trump had a public dispute with the widow of one of the killed soldiers.

Investigators with the FBI and U.S. military were dispatched to Niger to determine what happened and to clear up widespread confusion about whether the forces had adequate intelligence and equipment, and whether they took proper security precautions. The team visited the site of the attack on Nov. 12 and interviewed local villagers as well as retraced what happened before, during and after the ambush. The report, which is likely to be heavily redacted, is expected to be released to the public in the coming weeks.

In the absence of a definitive account of the incident, questions have swirled as to whether the forces fell into enemy hands at any point. The answer now appears to be yes—even if briefly—if the video is accurate. The footage was viewed by TIME, but will not be republished due to the graphic violence, consideration to the fallen soldiers’ families, and the fact that it derives from militant propaganda.

The video does little to address the larger strategic questions raised by the Oct. 4 ambush. When news of it broke, the reaction in Washington was shocked surprise. What were Green Berets doing in Niger in the first place? And why did the U.S. military have a dozen of its most elite, highly trained soldiers in a country that most Americans couldn’t find on a map and where the U.S. is not known to be at war? 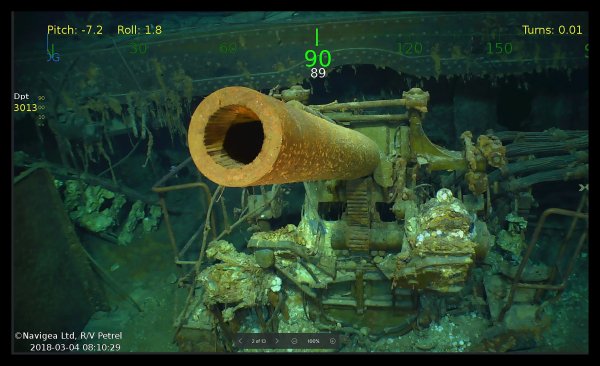