Woman Killed in Murder-Suicide by Man She Had No-Contact Order Against, Police Say

A woman was found dead in an apparent murder-suicide police say was committed by a man she had a no-contact order against.

Dazzie Peters, 54, and Mike Seay, 65, both of Mississippi, were found dead at Peters’ home Thursday after police responded to a report of gunshots fired, the Clarion Ledger reported.

When police arrived, they found the door kicked in, and Seay’s wound appeared to be self-inflicted, according to the report. Authorities added they believed Peters was unaware Seay was in the home at the time.

Police told the newspaper that Peters and Seay were in a romantic relationship, which Peters wanted to end. Seay had been recently arrested twice for harassment and causing a disturbance, which prompted Peters to place a no-contact order against Seay, according to the report. 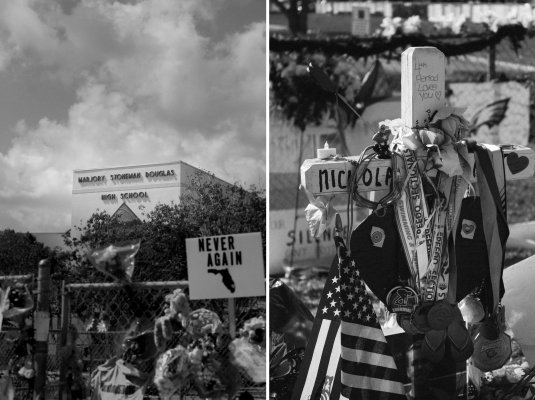 Stoneman Douglas Student: How Photography Is Helping Me Cope With This Nightmare
Next Up: Editor's Pick