Russia Unveiled a New Arsenal of Nuclear Weapons. Should You Be Scared?

Russian President Vladimir Putin unveiled his nation’s next generation of nuclear weapons, each engineered to slip behind America’s vast network of early warning and defense systems.

Announced Thursday in a nationally televised speech to Russia’s Federal Assembly, the new arsenal serves as direct response to the U.S. government’s decision to unilaterally withdraw from the Anti-Ballistic Missile Treaty in 2002 and its continued expansion of ballistic missile defenses, Putin said.

The four innovative weapons, which included a drone undersea torpedo capable of traveling undetected for thousands of miles and a low-flying “invincible” cruise missile, were featured in separate 1980s-style animated videos that played to thunderous applause from the awestruck audience.

But could any of those weapons work in the real world? And even if they did work, should American citizens be concerned by Putin’s new claims? The answer from the U.S. government appears to be: No.

“We weren’t surprised by his statements,” Defense Department spokeswoman Dana White told reporters at the Pentagon. “And the American people should rest assured that we are fully prepared.”

Heather Nauert, State Department spokeswoman, called the videos “cheesy,” and said “President Putin has confirmed what the United States Government has known for a long time.”

Indeed, as TIME documented in February, Russia is in the midst of overhauling its nuclear forces, including new ICBMs, ballistic-missile submarines and modernized heavy bombers. It’s also practicing nuclear snap drills that involve missile launches from the air, land and sea.

One of those new missiles Putin discussed was the massive RS-28 Sarmat ICBM which boasts countermeasures designed to elude U.S. antimissile systems. The video showed the liquid-fueled missile was so powerful it could arc over the North Pole or the South Pole to strike the U.S. continent. The southerly route, almost unheard of, would evade American missile defenses.

The weapon is unquestionably the most realistic of the four Putin unveiled, but makes little practical sense. The U.S. ground-based missile defense system is set up to intercept one or two missiles headed for the United States. There are just 44 interceptors, arrayed in California and Alaska. The idea is if a rogue nation, such as North Korea, launched a single ICBM toward an American target, it could be destroyed before striking down. Russia, if it wanted, could easily overwhelm the system by blasting off dozens of missiles.

“Our missile defense has never been about them,” White said Thursday at the Pentagon.

The Pentagon previously documented two more of Putin’s weapons in the Nuclear Posture Review released last month. The Trump Administration wrote at length in the 100-page document about Russia’s growing arsenal, including the undersea drone torpedo.

The weapon is designed to stalk the ocean floor for thousands of miles, emerge alongside an enemy’s coastline and detonate a nuclear warhead. In theory, it would send radioactive slurry into the air raining down on towns and cities for dozens of miles within its radius.

The technology is conceivable, but difficult to master. Drone submarines cannot receive satellite commands when submerged, which differs from drone aircraft that are remotely flown through GPS signals and data links. So the undersea nuclear torpedo would need a sophisticated onboard navigation system and advanced sense-and-avoid technology to autonomously steer away from rocks jutting from the seabed. The Russians have yet to publicly demonstrate any of this.

The Nuclear Posture Review also noted another one of Putin’s big reveals, known as a “hypersonic glide vehicle,” which would hypothetically soar at unbelievably high speeds. The term “supersonic” means that an object is traveling faster than the speed of sound, or Mach 1. The term “hypersonic” means a vehicle is going five times that speed or more.

Putin’s new-fangled weapon is designed to hit Mach 20. At that speed, an aircraft would go from Los Angeles to New York in less than 12 minutes. No aircraft has been able to overcome the engineering challenges to maintain those high speeds for much longer than a minute or two, let alone the aerodynamic stresses associated with zig-zagging across the globe. It’s doubtful that the weapon is anywhere near operational.

One of the weapons not previously documented by the U.S. government was a new cruise missile powered by a miniaturized nuclear reactor, which would give it a virtually unlimited range. The video showed it zipping over a mountain range, careening the south Atlantic Ocean before hair-pinning around South America and heading toward the U.S. Pacific coast.

Once again, the technology is far-fetched. The U.S. flirted with similar scheme, known as Project Pluto, during the Atomic Age of the 1950s and 1960s, which was under development at the Nevada Test Site. It was unsuccessful for a litany of reasons, according to Jeffrey Lewis, a nuclear weapons analyst with the James Martin Center for Nonproliferation Studies in Monterey, Calif.

“The nuclear-powered ramjet was literally deafening to people on the ground and left a trail of radioactivity from the unshielded reactor,” he writes at Foreign Policy. “The United States couldn’t even find a suitable place to fight-test this monster. Officials worried that if it went off course from the Nevada nuclear test site, it might crash into Las Vegas.”

There have been countless technological breakthroughs in the past half-century, but would still pose a daunting challenge for Russian engineers to produce a nuke-powered missile that could be relied upon to hit its target.

To many in the U.S. government, Putin’s claims on weaponry were not intended to be realistic threats, but rather mere propaganda.

“It’s part of the standard playbook,” Republican Rep. Mac Thornberry of Texas, chairman of the House Armed Services Committee, said in a statement. “And we should expect more of the same.” 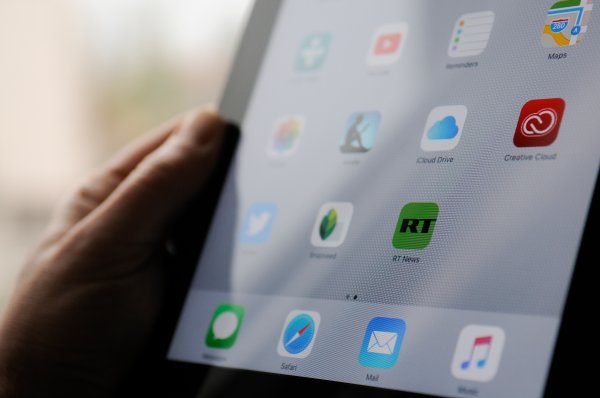 How Russia Spreads Fake News, Explained by a Former Troll
Next Up: Editor's Pick