There’s No Such Thing as a Single 'Best' Diet

Paleo. Whole 30. Ketogenic. DASH. Atkins. Flexitarian. Weight Watchers. The list of diets, and their various restrictions, rules and regulations, goes on and on.

The estimated 45 million Americans who embark on one of these eating plans each year often do so to lose weight — a highly personal process that can lead to various results. One person finds success cutting carbs. Another swears by going vegan. A third fills up on healthy fats. Each one believes she’s found the elusive secret to weight loss.

An ever-growing body of evidence, however, suggests there’s no such thing as a single “best” diet — and that nutrition is a whole lot simpler than our fascination with fads would suggest.

Earlier this month, the Endocrine Society released a scientific statement saying that people can lose weight on any of roughly a dozen diets assessed by its researchers. A study published in February, meanwhile, found near-identical weight-loss benefits from low-carb versus low-fat diets. Another paper, published just a week later, said vegetarian and Mediterranean diets are equally heart-healthy.

In aggregate, these results suggest a less rigid approach to dieting. “There isn’t any one diet that anybody has to follow,” says Christopher Gardner, director of nutrition studies at the Stanford Prevention Research Center and the first author of last month’s low-carb versus low-fat study.

That’s a conclusion that Dr. David Katz, founding director of Yale University’s Yale-Griffin Prevention Research Center, says is far more novel than it should be. “The fact that whole foods, close to nature, mostly plants, are good for people: that never changes,” says Katz. “It’s the fundamental truth we’re not willing to accept.”

Part of the problem, Katz says, is public confusion. New eating plans and “superfoods” are constantly cast as the keys to health, and consumers can feel overwhelmed by choice and information. The food industry, and its constant stream of new products and nutrition gimmicks, is complicit in this confusion, Katz says. But so are the researchers who set out to find something novel simply to generate publicity, he says, and the news outlets that cover them.

It’s this environment, Katz says, that makes it seem like we don’t know much about nutrition. When a headline on Monday says carbs are bad, and a story on Wednesday says they’re good, people toss up their hands and say, “‘While they fight it out, you can find me at Burger King,'” Katz says.

But when you cut through the headlines, marketing campaigns and studies, he says, you’ll find that most experts agree on a few fundamentals of nutrition: that vegetables, fruits, whole grains, beans, lentils, nuts, seeds and plain water should make up the majority of what people eat and drink. If there is such a thing as a “best” diet, he says, that’s it.

Yet there is value in having a variety of diets to choose from, and in tailoring eating plans to help people with specific health concerns — such as diabetes or obesity — manage their conditions, says Andrea Giancoli, a California-based registered dietitian who, along with Katz, consulted on U.S. News & World Report‘s annual ranking of best diets this year. Comparing diets in this way may help steer people away from ineffective or unsustainable fads, Giancoli says.

“It’s important, when a consumer’s looking at this, that they understand the ones that are the very bottom of the list are not good choices and probably shouldn’t be diets that they try,” Giancoli says.

Overall, though, healthy diets largely resemble one another. In both the low-fat versus low-carb and the Mediterranean versus vegetarian studies, there was significant overlap even among the “competing” plans.

In the first study, one group of people drastically reduced their intake of carbohydrates, while the other slashed fat intake. But aside from that, the entire study group followed, by and large, the same advice. Everyone was told to limit added sugars, refined flours and trans fats, while eating more vegetables and nutrient-dense foods. They also got identical guidance about healthy lifestyle habits, like sitting down to eat and cooking at home.

In the end, Gardner says, it seemed to be this common ground that led to weight loss — not the distinction between fats and carbs.

The other study, on vegetarian versus Mediterranean diets, had a similar result. While there were some differences between the two plans, both groups of people ate mostly produce, whole grains, legumes and nuts — and saw similar reductions in risk factors for heart disease.

All in all, the findings suggest that the search for optimized health and nutrition — with all of its calorie counting and macronutrient obsessing — may be making things more complicated than its needs to be. “For literal decades, we have been squandering years from lives and lives from years for failure to use what we truly do know,” Katz says. “It’s tragic that we’ve let it lie fallow all this time.” 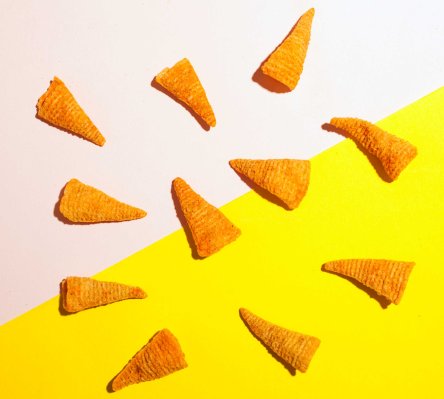 11 Things Nutritionists Eat at the Airport—and 4 They Avoid
Next Up: Editor's Pick