Scientists Found More Than a Million Rare Penguins in Antarctica

A previously unknown “supercolony” of more than 1.5 million penguins has been discovered by scientists in the Danger Islands, a chain of nine islands located off the northern tip of the Antarctic Peninsula.

Professors from Stony Brook University in New York say they discovered the enormous colony of Adélie Penguins, which live on the Antarctic continent, when they noticed the penguins’ feces, or guano, in NASA satellite imagery of the islands. Before the discovery, experts believed that the total population of Adélie Penguins was on the decline.

After heading to the remote island in December 2015 to investigate, the professors, along with a seabird ecologist from the Woods Hole Oceanographic Institution (WHOI) in Massachusetts and other experts, said they found hundreds of thousands of birds nesting in the rocky soil.

The team proceeded to count the number of birds by hand and used a modified commercial quadcopter drone to take images of the entire island from above, to help locate penguin nests that have gone undetected for decades. They counted 751,527 pairs of penguins in total.

Having an accurate idea of the number of penguins in the supercolony will help the team notice any future changes, researchers say, particularly in terms of climate change affecting the region. It will also help them understand why there are more penguins on the eastern side of the Antarctic Peninsula than the western side.

“We want to understand why. Is it linked to the extended sea ice condition over there? Food availability? That’s something we don’t know,” said Stephanie Jenouvrier, a seabird ecologist at WHOI, in a press release.

The findings of the investigation were published in the journal Scientific Reports, in a report which describes the Danger Islands as a “seabird hotspot.” 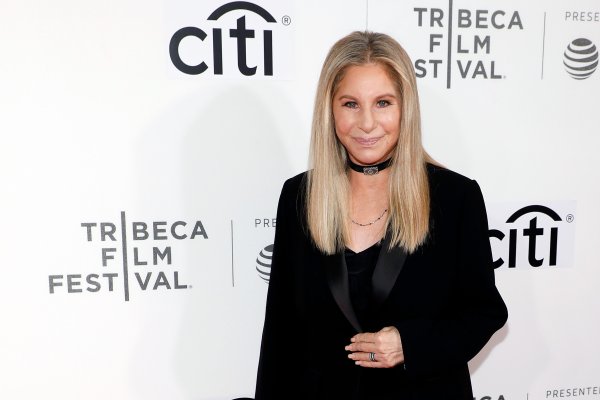 Barbra Streisand Cloned Her Dog Because Why Wouldn't You
Next Up: Editor's Pick