Attention, Taylor Swift fans. The pop star on Thursday made a major announcement regarding her upcoming Reputation studio tour.

That’s right. Swift took to Twitter Thursday evening to tell her fans that the two opening acts for her tour would be Charli XCX and Camila Cabello.

“I’ve been wanting to tell you this for a really long time,” Swift told her fans in a video. “The opening acts on the Reputation Stadium tour will be Charli XCX and Camila Ciabelo.”

The announcement confirmed rumors that had been swirling that Cabello was likely to join the “Look What You Made Me Do” singer. Even if some already had an inkling, fans quickly expressed their excitement on social media. And Swift joined in too.

Her tour kicks off in May in Arizona, and will take her across the U.S., England, Ireland, Australia and New Zealand. 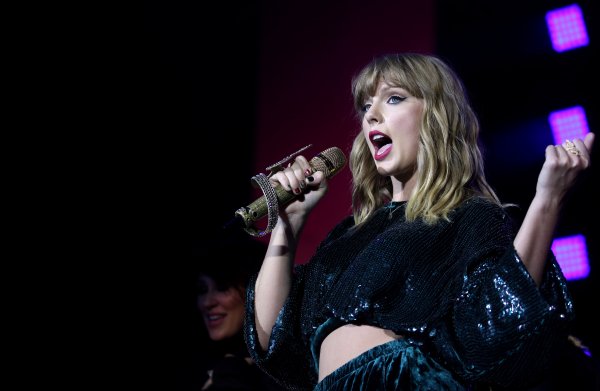 The DJ Convicted of Groping Taylor Swift Has a New Job
Next Up: Editor's Pick