Comedian Barry Crimmins has died at the age of 64. In the late ’70s, Crimmins founded Boston’s Ding Ho Comedy Club, which helped launch the careers of many stand-ups, including Steven Wright, Denis Leary, and Dana Gould. Crimmins also played an influential role in developing and promoting a more politically-minded and socially-aware vein of comedy.

“We sort of were able to carry on from where Lenny Bruce got things,” Crimmins said on the WTF with Marc Maron podcast in 2013. “Lenny did all this stuff, but it had to be about him, because he was always in trouble. Now you’re not going to be in trouble for being that guy. And so now, you can actually get down to brass tacks.” Crimmins was the subject of the 2015 documentary Call Me Lucky, directed by his fellow comedian Bobcat Goldthwait.

In January of this year, Crimmins tweeted that he had cancer and that his prognosis was not good. The comedian’s death was announced Thursday on Twitter by his wife Helen, who wrote, “Barry passed peacefully yesterday with Bobcat and I. He would want everyone to know that he cared deeply about mankind and wants you to carry on the good fight. Peace.”

Those who have paid tribute to Crimmins since news of his death broke include Judd Apatow and John Hodgman.

“Barry Crimmins was a compassionate, hilarious man who touched so many lives,” wrote Apatow on Twitter. “He gave so much of himself to help other people. I hope his life inspires others to follow his example. And he was hilarious. We love you Barry.”

“Barry Crimmins has been an inspiration as a comedian and model of human courage and decency for as long as I’ve been conscious,” tweeted Hodgman. 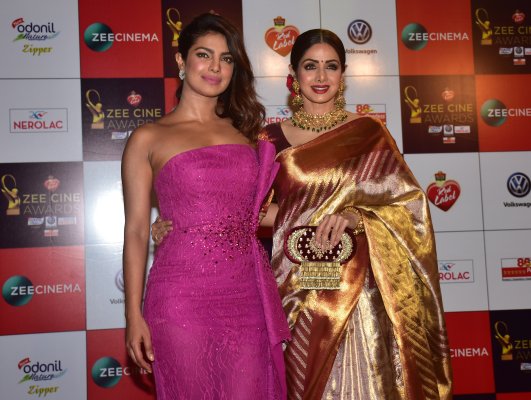 'She Was My Childhood': In Remembrance of Sridevi Kapoor
Next Up: Editor's Pick