The Heathers Reboot Is Delayed. But the Show Was Always a Bad Idea

Nothing helps make a new TV broadcaster like a big splash. At least that’s what the Paramount Network—the rebrand of what had once been the young-men-targeting Spike TV—had surely hoped. One of their first original programs was to have been Heathers, a satirical black comedy based on the 1988 Winona Ryder movie. Like its source material, the show deals with violence in schools. But its self-conscious “edginess” came to restrain the show’s prospects. Heathers‘s first five episodes, which were provided to critics in advance of the show’s planned premiere on March 7, less toed a line of good taste than clomped past it in as attention-seeking a manner as possible. On Feb. 28, Paramount delayed the show’s launch indefinitely, citing “recent tragic events in Florida.”

The decision came two full weeks after the school shooting in Parkland, Fla.—during which time, as critics noted online, the show’s pilot had been placed online and been subject to withering criticism. (The Daily Beast called the pilot episode a “Trumpian, LGBT-bashing nightmare.”) Looked at in a charitable light, the Paramount Network can be seen as making the right choice for this moment. The audience wasn’t ready for the show—and not just because of the latest tragedy in the news.

Presuming they’re not going to scrap the show entirely, Heathers will eventually air, in a country where gun violence is routine. Not believing in censorship, I think the show should air eventually. But there’s a bigger problem: there’ll never be the right moment for it, just as gratuitous entertainments like the ultraviolent film Gansgster Squad or the TV series Shooter, delayed for their resonances with recent tragedy, felt thuddingly, pointlessly violent even after their delay. By contrast, the Mr. Robot season 1 finale, delayed for its similarity to a real-world shooting, used its violence to bolster a rock-solid story, one that didn’t rely on violence for shock value but instead used it to further a compelling narrative.

Heathers‘s problem of tone is not just the accidental congruence that crops up when artists take risks. The series makes broad and sloppy comedy out of the idea of teens dying, by their own hand or at the hands of other teens. It’s seemingly designed to provoke and to offend; it’s nothing without gore.

This isn’t the controversy that some may have expected to swamp Heathers. After the show’s trailer premiered in January, much was made online of the show’s treatment of gay and gender-fluid teen characters and characters of color. In this telling of the story, these teens become the targets of a murderous pair of sexy straight, white cisgender characters who are just so tired of identity politics.

That’s making a point of sorts. It’s an underthought and unworthy one, sure, but an argument about the jaded ease with which today’s teens could be seen as capitalizing off their membership in various protected classes. I disagree with what seemed, in the show’s muddle, to be the central argument—that so-called P.C. culture on campus is at its core a means to boost individual personal brands—but at least that can be an argument.

By contrast, the violence seems to have had no thought behind it at all. The movie—never a personal favorite, but one whose dark ambition I respect—used cartoonish, unrealistic violence as a way to talk about cant, insincerity and coming of age. Nothing seems real to Ryder’s character, until, suddenly, the rubber band snaps and she can’t see the deaths of her classmates as amusing any longer. In the show’s first five episodes, that moment never happens—Veronica and J.D. (Grace Victoria Cox and James Scully) amuse each other and themselves to the deaths around them, escalating to include J.D.’s physically assaulting a female classmate. There might eventually come a moment in the run of Heathers at which the characters take stock of what it means to be surrounded by death, to provoke their classmates into suicide or to beat them bloody. But that moment still hasn’t come in the first five hours.

Heathers feels different, and not just because real teenagers are suddenly on TV working in concert toward change while its fictional teenagers dither around and torment each other. Shows like Mr. Robot—in its early going—and even the better installments of American Horror Story are informed by and enmeshed with bodily harm, and use that as part of their stakes, but the threat of violence isn’t the whole story. And in neither case is it treated lightly. Heathers‘ teens—written by screenwriters for whom the teen years are a distant memory—laugh off the deaths of their classmates before performatively going to mourning parties, suggesting that any political action by teenagers is inherently a selfish attempt at proving virtue rather than affecting change. This doesn’t fit with an era in which the spirit and optimism of teens fighting for the memory of their classmates and seeking to affect change is captivating America. Heathers argues that we live in an America that’s unserious about violence when it’s not addicted to it as a narcotic. Could the teens of Parkland contest the case any more forcefully?

Heathers isn’t the first show to be delayed for its connection to the news. But it’d be controversial anytime as a show whose use of violence is uniquely underbaked. Parkland was preceded by many other school shootings, a general threat from which Heathers openly borrows to build its story. The impulse to lean on violence that consciously borrows from the real world, for no reason but provocation is not just offensive in the wake of a recent tragedy, or in the wake of whatever tragedy Heathers may follow in the future. It’s unworthy of a world in which we all have to live together. Holding the show for the moment allows its worst angles to be somewhat hidden. But a show motivated by nothing more than cruelty and a need for attention doesn’t fit any moment. 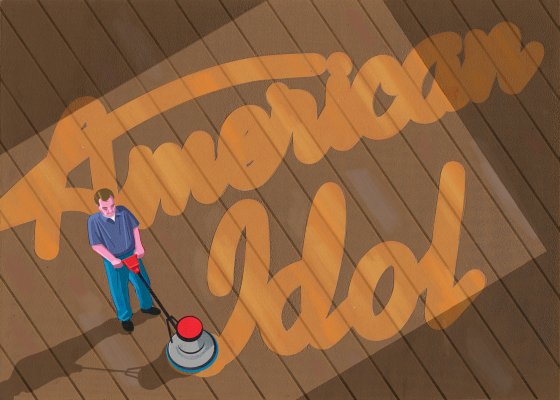 American Idol 2.0 Is Kinder and Cuddlier. Will It Still Be a Hit?
Next Up: Editor's Pick