The Meaning of Design Is up for Debate. And That’s a Good Thing

When Airbnb’s founders tell their origin story, they often go back to the moment in 2009 when Paul Graham, head of startup incubator Y Combinator, gave them four crucial words of advice. At the time, Airbnb had fewer than a thousand registered hosts. Founders Brian Chesky, Joe Gebbia and Nate Blecharczyk were hunkered in Silicon Valley, scrambling to scale the business by poring over data. After a promising start, revenue had flatlined. To figure out what wasn’t working, Graham pressed them for information about their users. In The Airbnb Story, Fortune’s Leigh Gallagher recounts Graham’s reaction upon learning that the largest concentration resided in New York City: “[He] paused and repeated back what they had just told him: ‘So, you’re in Mountain View, and your users are in New York?’ They looked at each other, then back at him. ‘Yeah,’ they said. ‘What are you still doing here?’ Graham said. ‘Go to your users.'”

That exhortation–just to hang out with customers–defies a tenet of Silicon Valley wisdom: that data and technology are the solution to every problem. And yet, for Airbnb, heeding Graham’s advice led to key breakthroughs that helped the startup become the $31 billion behemoth it is today. A decade on, user experience is among the tech industry’s most overused buzz phrases. But the underlying idea–that there is power in empathy–has never been more profound.

That’s true for at least two reasons: one is sheer complexity. Design can help bring order and coherence to the chaos of our hyperconnected world. A second is that the great forces of the modern age–globalization and digitization–are removing traditional barriers to entry. Large firms can no longer rely on great manufacturing capacity, a superior supply chain or established distribution networks to fend off challengers. The rise of China and other emerging economies skilled in manufacturing, combined with newfangled technological developments like Big Data and artificial intelligence, are only making it easier for Davids to go after Goliaths.

In this new era, smart corporate leaders are embracing the idea that design can be a crucial differentiator. Only a decade ago, senior business executives tended to dismiss design as a second-tier function–a matter of aesthetics or corporate image best left to the folks in marketing or public relations. No more. Today design is widely acknowledged as a C-suite concern and a key element of corporate strategy.

Fortune 500 companies are hiring chief design officers and investing heavily in innovation centers. IBM, for example, employs 1,600 formally trained designers operating in 44 studios in 20 countries, making it the largest design team in the world. Professional-services firms, too, have joined the fray. In 2015, McKinsey & Co. purchased Lunar, a Silicon Valley–based design firm. The list goes on, across industries and geography. Meanwhile, top business and design schools have introduced interdisciplinary programs to help students think more like designers and vice versa.

Designers’ move to the business mainstream has sparked a broad debate about who designers are and what they do. Silicon Valley design guru John Maeda distinguishes between three categories: “classical” designers, who create physical objects or products for a specific group of people (think architects as well as industrial, furniture and graphic designers); “commercial” designers who innovate by seeking deep insights into how customers interact with products and services (think teams of researchers huddled around whiteboards and mosaics of brightly colored Post-it notes); and “computational” designers, who use programming skills and data to satisfy millions or even billions of users instantaneously (think tech firms like Amazon and Facebook).

The camps don’t always get along. Classically trained designers are apt to look askance at the artistic abilities of designers from the other groups. Commercial designers question how computational designers can empathize with millions of people they’ve never met. Computational designers complain that the methods of the other two groups can’t be scaled. But many believe that, in the future, the most valuable designers will be those who combine skills and perspectives from all three categories.

That will be just one of the issues addressed in Singapore on March 6 as editors of TIME, Fortune and Wallpaper launch a unique new conference. Brainstorm Design will bring together leaders from the business, technology and design worlds to begin asking, among other things, If the soul of design is empathy, do designers themselves need more of it for one another? 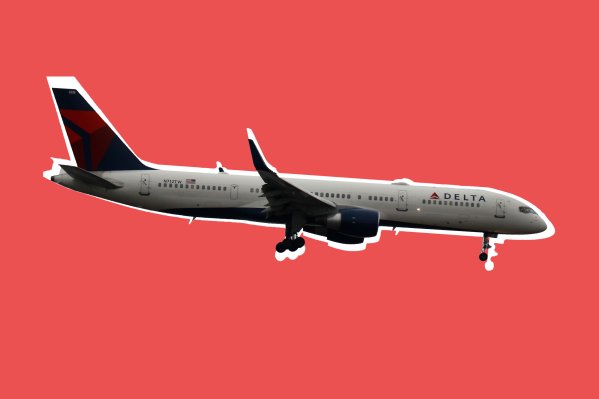 When Staying Silent Is No Longer an Option
Next Up: Editor's Pick