A logo sign outside of the Walmart headquarters, known as the Home Office, in Bentonville, Arkansas on August 18, 2015.
Kris Tripplaar/Sipa USA
By Katie Reilly

Dick’s Sporting Goods announced Wednesday that it would no longer sell assault-style rifles or high-capacity magazines in any of its stores, nor will it sell firearms to anyone younger than 21. Hours later, Walmart followed suit, announcing it would also stop selling firearms or ammunition to customers under 21.

The announcements from both retailers, which are among the largest gun sellers in the U.S., represent some of the strongest responses to the recent school shooting in Parkland, Fla., which has inspired a strong activist movement but little legislative progress so far.

Their announcements come after several other companies — including Delta, United Airlines and Hertz — ended their corporate partnerships with the National Rifle Association in response to pressure from gun-control advocates.

Dick’s Sporting Goods CEO Edward Stack tied his company’s decision directly to the Marjory Stoneman Douglas High School shooting and the student activists who have taken up the issue of gun control, urging lawmakers to raise the age requirement for buying weapons and to consider banning assault rifles altogether. “When we saw what happened in Parkland, we were so disturbed and upset,” Stack told the New York Times in an interview. “We’re going to take a stand and step up and tell people our view and, hopefully, bring people along into the conversation.”

While lawmakers have struggled to advance any legislation that would prevent future school shootings, companies have responded relatively quickly to pressure from consumers — something they’re able to do, in part, because the decision does not require an increasingly elusive bipartisan agreement.

This not the first time companies have gotten ahead of policy by weighing in on a controversial issue. Walmart stopped selling AR-15 rifles and other semi-automatic weapons in 2015. And Kmart stopped selling handgun ammunition in 2001, following protests over the Columbine High School shooting.

“Corporations are very risk averse in general, and they don’t normally jump on a political band wagon unless it’s in their interest,” said Paul Argenti, a professor at Dartmouth’s Tuck School of Business who has consulted companies on corporate reputation and corporate social responsibility.

He pointed to polling data that shows a majority of Americans approve of stricter gun control laws. While the NRA continues to hold political influence over Republican lawmakers, its five million members are less likely to sway the decisions of a large national retailer serving millions of other customers.

“It’s kind of a no-brainer for you to do it,” Argenti said. “This is a first-mover advantage to get ahead of an issue that everybody agrees with — and that eventually is likely to happen anyway — and not wait for some law to change.”

He compared Wednesday’s announcements to decisions by CVS, which stopped selling tobacco products in 2014 because it conflicted with its health mission, and by McDonald’s, which banned smoking at the restaurants it owned in 1994 due to complaints from non-smokers.

“Some of them are doing it just to minimize the risk and exposure and try to get the best press they can,” said John Forrer, director of the Institute for Corporate Responsibility at George Washington University. “And there’s a whole set of other companies that are just trying to be authentic.”

That’s how Stack explained his company’s decision on Wednesday in a CNN interview, describing his emotional response to the images of grief in Parkland and the pit in his stomach upon learning that the 19-year-old gunman who killed 17 people at Marjory Stoneman Douglas had purchased a shotgun from one of his stores last year. 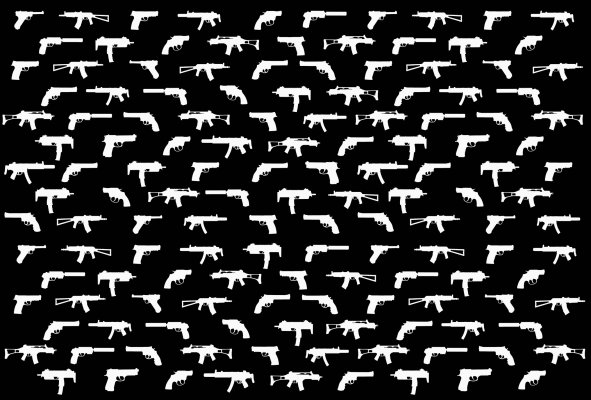