With the announcement, police closed their investigation of the star’s sudden death, according to the BBC, ending rampant media speculation – including that foul play may have been involved.

Media outlets had previously reported that the 54-year-old actress, who had been attending a family wedding in Dubai, had died of cardiac arrest on Saturday.

Dubai’s media office announced on Monday that the post-mortem analysis had been completed. It also added that the case would now be transferred by the Dubai Public Prosecution, which will “carry out regular legal procedures followed in such cases”.

The forensic report was released by Dubai police to Sridevi’s family and the Indian consulate, according to the Gulf News, but has not yet been made public.

Authorities also released the body to her family, so that she could be flown back to India for the funeral.

The Indian superstar’s death has so far prompted tributes from multiple Bollywood stars and dignitaries, including the Indian Prime Minister Narendra Modi .

Actress Priyanka Chopra also tweeted: “I have no words. Condolences to everyone who loved #Sridevi. A dark day. RIP”. 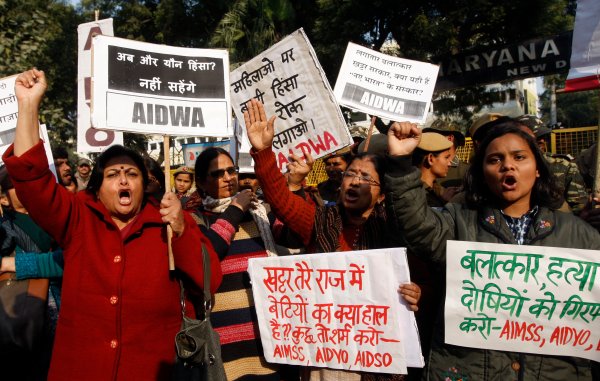 Rape of Eight-Month-Old Infant Sparks Outrage in India
Next Up: Editor's Pick