See Beautiful Drone Footage of the Rare Snowfall in Rome

An usually icy winter blasting through Europe reached Rome, blanketing the Italian capital in a rare 4 inches of snow.

While schools were closed and public transportation paralyzed, residents of the Eternal City were given the rare opportunity to ski, sled and build snowmen. Priests and students held a snowball fight in St. Peter’s Square at the Vatican.

It was the heaviest snowfall to hit Rome in six years. Ill-equipped to handle such storms, the Mediterranean city’s authorities asked the army for help clearing the roads, and called on other areas to send in snowplows, Reuters reports.

The unexpected Winter Wonderland was chalked up to a Siberian weather system dubbed “the Beast from the East” which has plunged much of the continent into dangerous, sub-zero temperatures.

Tourists and locals marveled as the city’s famed parks, piazzas and ancient ruins were cloaked in white. Drone footage showed the Colosseum frosted by snow, and icicle trees lining the Tiber.

Italian journalist Andrea Bettini said the city was full of “fairytale scenery” like carousels snow-covered and snowmen taking up residence along Rome’s famous boulevards, according to Travel and Leisure’s translation.

By noon, the snow had melted. But images of the brief Winter Wonderland are available on the Vatican’s live webcam website, and can be seen in the videos above. 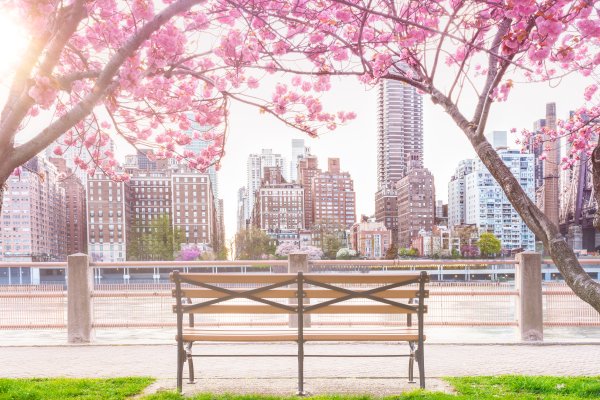 Eastern U.S. To Experience Spring-Like Weather
Next Up: Editor's Pick