Why People With Anxiety May Have Better Memories

Anxiety may come with a silver lining, a new study suggests: Feeling anxious in a new situation may help you remember it more vividly.

Too much anxiety, though, can have the opposite effect, by impairing recall and causing people to remember neutral details in a negative light.

The new study, published in the journal Brain Sciences, serves as reassurance that a little bit of nervousness can be a good thing, says co-author Myra Fernandes, professor of psychology at the University of Waterloo in Canada. “It gives you a heightened sense of awareness and makes you attuned to details you wouldn’t be otherwise,” she says. “That’s a plus if you’re trying to remember something later.”

But it also shows that anxiety can color the lens through which people remember events, interactions and conversations from their past, Fernandes says. When anxiety levels get high enough, she adds, it can cause people to withdraw from their surroundings rather than than taking in and storing memories about them.

The study involved 80 undergraduate psychology students who were given a standard screening questionnaire to determine their levels of everyday anxiety. They were asked, for example, how often in the last week they’d experienced symptoms like dryness of the mouth or feelings of shakiness. The students were categorized as having either “low” or “high” anxiety, although all of them were considered to have manageable levels. (Those who had been diagnosed with clinical anxiety disorders were excluded from the study.)

But there was one interesting difference. The study authors suspected that words displayed over negative images would be remembered more accurately than words displayed over neutral images, since previous research has suggested that emotional context can make memories stronger. But that was only true for people with higher anxiety levels—suggesting that they’re more susceptible to this type of influence. “Their memories were more emotionally tinted,” says Fernandes, “and as a result rendered more memorable.”

Overall, that could mean that anxious people have a memory advantage over non-anxious people, says Fernandes, especially in emotional situations. But it also has a downside: It shows how people can adopt a “negative retrieval mode” when recalling events, which could lead to biased memories. “For people with high anxiety, the emotional context in the background tainted their later memory of these words that were otherwise neutral,” says Fernandes.

Co-author Christopher Lee says most people have probably experienced this type of memory bias at some point. “Say you’re having the worst day possible—you slept through your alarm, you slipped and fell in mud—and then the barista at Starbucks asks you a totally neutral question, like if you want whipped cream on your mocha,” he says. “Because you entered this situation in such a negative mindset, you may remember him being rude or hostile or horrible for some reason, even when he’s not.”

The study suggests that the more anxious you are, the more vulnerable you may be to this effect, says Lee. “I think a practical takeaway from this study is to be aware of the biases you’re bringing to the table,” says Lee, “and know that they might affect how you’re seeing everything and remembering it later.”

Having high anxiety can have other detrimental effects on memory, as well, says Fernandes. “We know from other research that it not only colors our interpretation of events, but it can also influence whether we can even take them in,” she says. “After a certain tipping point, it causes us to shut down and look inward, and we end up ruminating and obsessing rather than observing what’s actually going on around us.”

But overall, she says, a little bit of anxiety is still probably better than none at all—especially before events like important meetings, competitions or milestone events like weddings. “Having butterflies in your stomach might actually make that information more memorable to you later on,” she says. 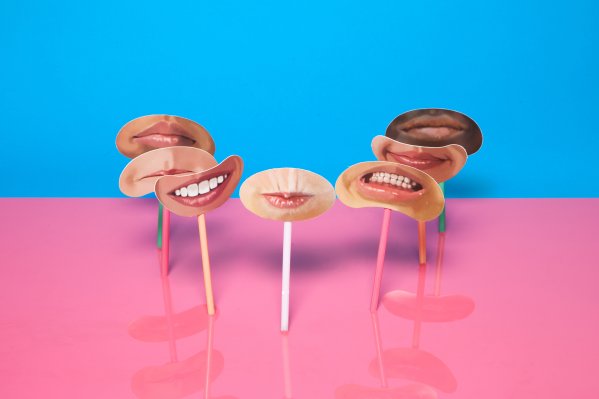 Ignoring Your Emotions Is Bad for Your Health. Here's What to Do About It
Next Up: Editor's Pick