Pop superstar Katy Perry gave a surprise concert for survivors of and first responders to the deadly mudslides in Montecito, California that happened in January of this year.

The Santa Barbara County native performed her hits, including “Roar” and “Firework,” at a charity event One 805 Kick Ash Bash, which raised $2 million for survivors and first responders according to a statement the organizers gave to TIME.

Perry also stuck around to dole out hugs for fans, CNN reported.

“Santa Barbara will always be my home,” Perry said in a statement. “I am blessed to be part of One805 in honoring our first responders and survivors. After the storm comes light. Everyone here today is a testament to that. This is the light…the community coming together towards healing, recovery, and strength. I am proud to be from Santa Barbara (Goleta).”

Perry was just one of several performers to appear at the event, including singer Katharine McPhee, who will appear on Broadway in Waitress, singer-songwriter Kenny Loggins, and mudslide survivor Lauren Cantin, who sang “God Bless America.”

The 14-year-old Cantin was miraculously rescued by first responders from a collapsed house. Her father, David Cantin, was among the more than 20 people killed by the Jan. 9 mudslides, and her teenage Jack brother is still missing.

The mudslides, which were triggered after heavy rain sent mud and rocks tumbling down hills that lacked vegetation due to devastating wildfires, destroyed over 100 homes, according to ABC7.

Ellen DeGeneres, who has a home in Montecito, also addressed the crowd, saying, “the news has moved, on but we have not moved on.” 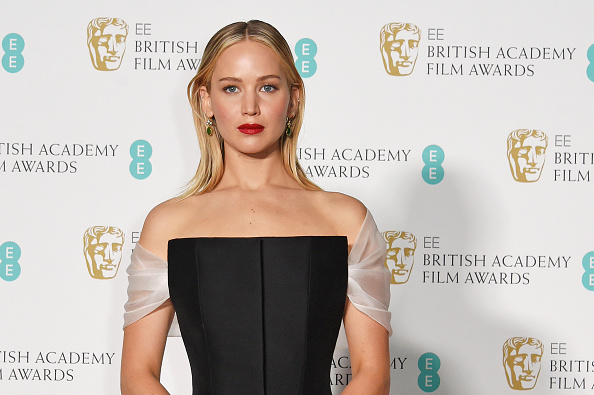 'I Wanted to Kill Him.' Jennifer Lawrence Speaks Out About the Harvey Weinstein Allegations
Next Up: Editor's Pick