Why 'Nevertheless, She Persisted' Is the Theme for This Year's Women's History Month

Holding a transcript of her speech in the Senate Chamber, Massachusetts Sen. Elizabeth Warren reacts to being rebuked by Senate leadership and accused of impugning a fellow senator, Attorney General-designate, Alabama Sen. Jeff Sessions, on Capitol Hill in Washington, D.C. on Feb. 8, 2017.
AP—REX/Shutterstock
By Katie Reilly

The theme of this year’s Women’s History Month, which begins Thursday, revives a phrase that became a feminist rallying cry last year: “Nevertheless, She Persisted.”

During the month of March, the National Women’s History Project will honor 15 women who have persevered in spite of discrimination in their fight for criminal justice reform, immigrant rights, education equality, racial justice and other issues.

“‘Nevertheless, She Persisted’ is really about every woman who really had to use her tenacity and courage to accomplish whatever she set out to accomplish. It’s universal,” said Molly Murphy MacGregor, executive director and co-founder of the National Women’s History Project. “You think about our mothers and grandmothers — they’ve been persisting for a very long time.”

But the origins of the phrase are decidedly modern, dating back only to February 2017 when Democratic Massachusetts Sen. Elizabeth Warren was silenced and rebuked by Republicans during a debate over President Trump’s nomination of Alabama Sen. Jeff Sessions as U.S. Attorney General.

Republican Senate Majority Leader Mitch McConnell said Warren had “impugned the motives and conduct” of Sessions while quoting a 1986 letter written by Coretta Scott King in opposition to Sessions’ appointment as a federal judge. King wrote that Sessions had “used the awesome powers of his office in a shabby attempt to intimidate and frighten elderly black voters.”

Interrupting her speech, McConnell accused Warren of violating Senate Rule 19, which states that Senators cannot “directly or indirectly, by any form of words impute to another Senator or to other Senators any conduct or motive unworthy or unbecoming a Senator.” The Senate then voted along party lines to stop her from continuing to speak during the debate.

“Senator Warren was giving a lengthy speech,” McConnell said, defending the move. “She had appeared to violate the rule. She was warned. She was given an explanation. Nevertheless, she persisted.”

Warren later read King’s letter in its entirety outside the Senate chamber in a Facebook video that has now been viewed nearly 13 million times. McConnell’s rebuke inadvertently elevated Warren’s message and has since appeared defiantly on tattoos and T-shirts, inspired the title of Chelsea Clinton’s children’s book and fueled the progressive message of a 2020 contender.

“National Women’s History Month is about recognizing the courage and contributions of women everywhere who are breaking down barriers, raising their voices, and fighting for what they believe in,” Warren said in a statement to TIME. “Millions of women have taken up ‘Nevertheless She Persisted’ as their rallying cry because they know that together, we can make change. We know because we are doing it.”

MacGregor said she hopes this year’s theme will serve as a reminder that lasting change often requires decades of determination.

“It’s universal. It’s ubiquitous because [persistence] is how we accomplish things, especially in a democratic society,” she said, adding that she expects the phrase to be relevant for years to come. “It will go on long past 2018. I’m sure it will be one of those resonant themes when people think, ‘Oh can I really do this? Can this really happen?'” 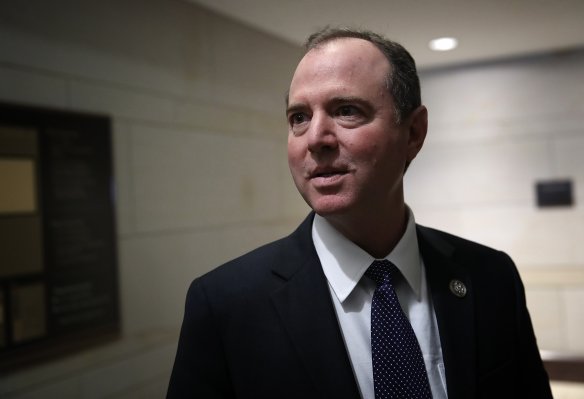