Not even a squirrelly interruption could throw off Olympic snowboarder Daniela Ulbing of Austria. While putting down a preliminary run in the 2018 Winter Olympics ladies’ snowboard parallel giant slalom on Saturday, 19-year-old Ulbing was faced mid-turn with an unusual extra challenge in the competition: a rogue squirrel who decided to skitter across the race course just as she was making her way down.

In a dramatically close call, Ulbing avoided hitting the rodent as she veered around it, barely changing her board’s path. Ultimately, Ulbing finished at the top of her heat, advancing to the quarterfinals. Ulbing found success at March’s world championships, so she clearly knew what she was doing on the course — which was lucky for that squirrel. (She eventually lost out to the Czech Republic’s Ester Ledecka in the quarterfinal round, who would go on to win gold in the event, with no further squirrel disruptions. Ledecka also made history as the first woman to medal in two different sports at Winter Olympics after picking up the super G skiing gold earlier in the Games, to much surprise.)

As for the daredevil woodland creature? It certainly seemed confused following the surprise encounter, pausing briefly before scampering back the way it had come. Hopefully it has learned a lesson about avoiding race courses in the future. 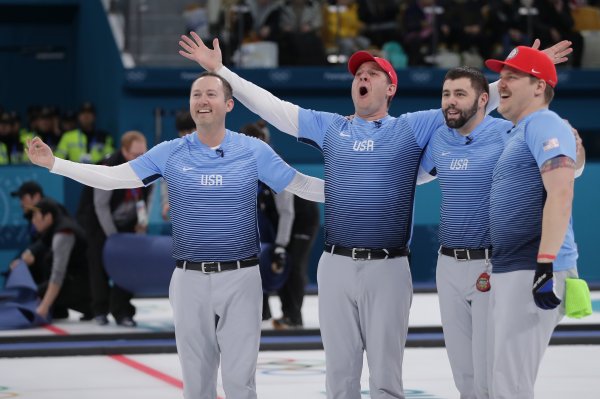