Ivanka Trump on President Trump's Many Sexual Harassment Accusers: 'I Believe My Father'

Ivanka Trump said in a new interview that she believes her father President Donald Trump over the many women who have accused him of sexual harassment.

Asked whether she believes her father’s accusers during an interview with NBC News that aired Monday on the Today show, Trump called it an “inappropriate” question to ask her.

“I think it’s a pretty inappropriate question to ask a daughter if she believes the accusers of her father when he’s affirmatively stated that there’s no truth to it,” she said. “I don’t think that’s a question you would ask many other daughters.”

Numerous women have accused Trump of sexual misconduct dating back years, including touching or kissing them without their consent. Trump has denied all allegations. In the closing days of the 2016 presidential election, a tape was released that captured him bragging years earlier about groping women without their consent. 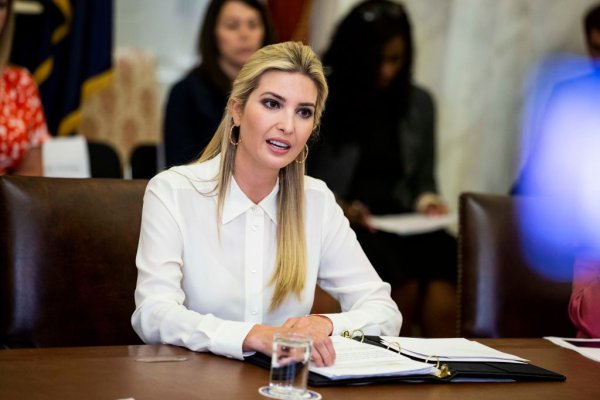