Here’s Who Holds the Title for Most Oscars Ever Lost

When you think of the biggest Oscar losers — a strange conceit, given that a nomination itself is a huge accomplishment — it’s likely that actors Leonardo DiCaprio and Meryl Streep come to mind.

#PoorLeo famously trended on Twitter in 2014 after Matthew McConaughey beat the Wolf of Wall Street star to the podium, winning the Academy Award for Best Actor for his role in Dallas Buyers Club. At that point, DiCaprio had been nominated for five Academy Awards and lost every single one. His losing streak finally came to an end in 2016, with his performance in the epic wintry western The Revenant.

Streep is famously the most nominated actor in Academy Awards history, breaking her own record this year when she received her 21st Oscar nomination for her role as Katharine Graham in The Post. Streep has won three acting Oscars during her forty-year career in the business — which means she’s lost 17 (and we’ll find out about the remaining one Sunday night).

But neither DiCaprio nor Streep have lost anywhere near as many Academy Awards as composer John Williams. Williams, the brains behind some of the most popular and recognizable scores in movie history — including E.T., Jaws, and the Indiana Jones and Star Wars series — has been nominated for a phenomenal 51 Oscars. But he also holds the record for most Oscars lost, with 46.

On the flip side, the veteran movie composer also holds the record for most Oscar nominations for a single living person. Only Walt Disney, who died in 1966, earned more Academy Award nominations than Williams. (The iconic film producer received 59 nominations to Williams’ 51.)

Williams received his 51st Oscar nomination this year in the Best Original Score category for Star Wars: The Last Jedi. If the sound of Star Wars beats Dunkirk (Hans Zimmer), Phantom Thread (Jonny Greenwood), The Shape of Water (Alexandre Desplat) and Three Billboards Outside Ebbing, Missouri (Carter Burwell), Williams will have a sixth Oscar to add to his mantlepiece. 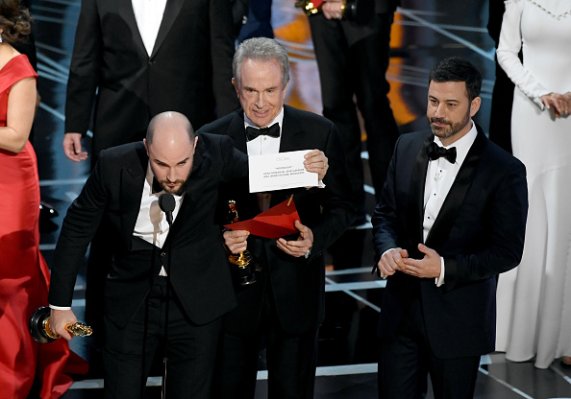 Jimmy Kimmel Reveals the True Hero of the 2017 Oscars Best Picture Mix-Up
Next Up: Editor's Pick