While the 2018 Winter Olympics closing ceremony in PyeongChang, South Korea, had plenty of memorable moments, from flying glowing panda bears to Johnny Weir’s most bedazzled fashion statement yet, there was one star who really captured the attention of viewers and athletes alike: Oh Yeon-jun, the talented young singer who performed the Olympics anthem at this year’s Winter games closing ceremony.

While it was a widely acknowledged fact that Oh Yeon-jun had talent to spare, what some viewers may not have know is that the 11-year-old singer has already been a viral star in his own right before the Olympics, thanks to his success on the Korean talent show, We Kid.

Oh Yeon-jun’s former life as a talent show contestant wasn’t completely forgotten by some corners of the Internet, who took to social media to share their memories of the younger, but just as talented singer. 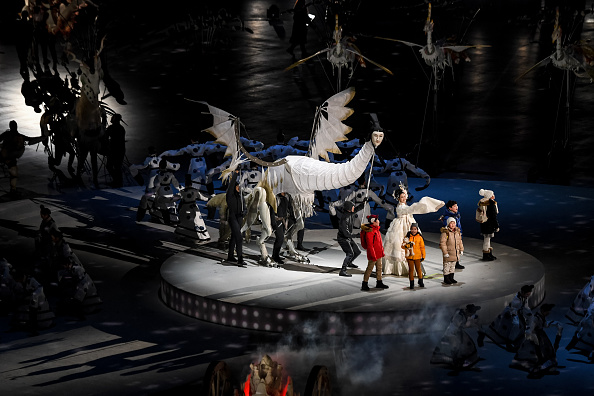 The Internet Is Freaking Out Over This Human-Faced Bird at the Olympic Closing Ceremony
Next Up: Editor's Pick