Here's How the Internet Felt About Ivanka Trump Representing the U.S. at the Olympics Closing Ceremony

Ivanka Trump’s presence at the closing ceremony of the 2018 Winter Olympics in PyeongChang caused quite the online stir on Sunday.

After spending the past few days acting as an envoy for President Donald Trump at the Games, the First Daughter made waves by leading the U.S. delegation at the ceremony.

There were a number of positive reactions to Ivanka’s attendance, with some supporters praising her decision to stand and clap for the North and South Korean athletes.

However, many were critical of Ivanka representing her father’s administration in South Korea. Team USA skier Gus Kenworthy even went viral for speaking out against Ivanka on Twitter. “So proud of all these people! Everybody here has worked so hard to make it to the Olympics and have the opportunity to walk in the closing ceremony!” he wrote in a tweet that had been liked over 42,000 times by Sunday night. “Well… Everyone except Ivanka. Honestly, tf is she doing here??” 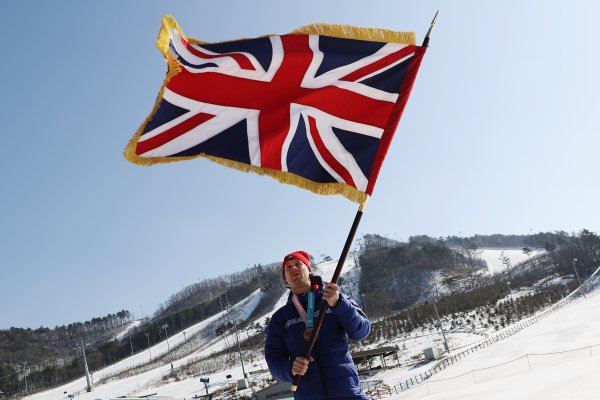 Snowboarder Billy Morgan Balanced Great Britain's Flag on His Chin During the Closing Ceremony
Next Up: Editor's Pick