President Donald Trump said that his chief of staff, John Kelly, will decide whether to give a waiver to Jared Kushner if the president’s son-in-law and senior adviser remains unable to obtain a security clearance.

“I will let General Kelly make that decision,” Trump said at a joint news conference at the White House on Friday with Australian Prime Minister Malcolm Turnbull. “I have no doubt he’ll make the right decision.”

Trump said that Kelly “respects Jared a lot” and that his son-in-law “is doing some very important things for our country.” But while effusive in his praise for Kushner — labeling him an “extraordinary dealmaker” — the president said he wouldn’t decide whether his senior adviser retains access to classified information.

Kelly last week ordered an overhaul of the White House security clearance process, following the disclosure that former Staff Secretary Rob Porter maintained access to highly classified information despite being unable to obtain a permanent clearance because of allegations of domestic abuse by two former wives. Porter has denied the allegations.

Kushner, whose portfolio includes the Israeli-Palestinian peace process, is among several top White House aides who have had access to highly sensitive information for more than a year without a permanent clearance.

Kelly set a policy discontinuing high-level “interim” clearances for White House employees whose applications have been pending since at least June. The new rules were to take effect Friday.

The White House has so far declined to answer questions about how the new rules would affect Kushner. Press secretary Sarah Huckabee Sanders said Tuesday that the new policy won’t “affect the valuable work Jared is doing.” White House spokesman Raj Shah declined Thursday to say how many staffers would lose their clearances.

Trump said there were “many people on that list” but that those struggling to obtain clearances included people with “not a problem in the world.”

House Oversight Committee Chairman Trey Gowdy last week opened an investigation into the Trump administration’s handling of the allegations against Porter and also asked the White House for more information about all security clearances that are pending or have been adjudicated since Trump took office. 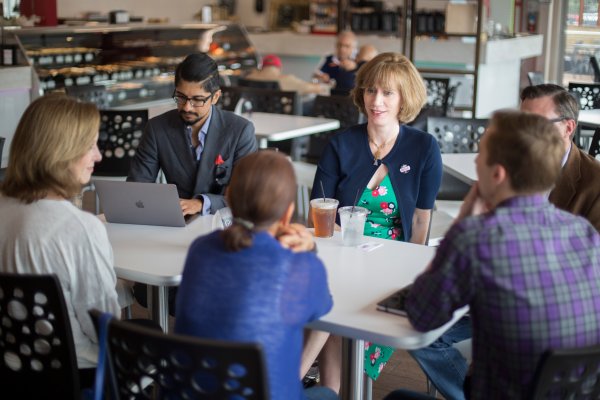 The Democratic Party Just Attacked Their Own Candidate
Next Up: Editor's Pick