Gym Selfies on Social Media Might Be Ruining Your Self Esteem

On the list of places you’re likely to see people exercising, social media is perhaps second only to the gym.

Tricia Burke, an assistant professor in the department of communication studies at Texas State University, wanted to know why that is — and what scrolling past all of those workout selfies and half marathon medals is doing to your psyche.

Burke, along with Stephen Rains from the University of Arizona, surveyed 230 people who were active on social media about their thoughts on their own health, fitness and weight; how often workout posts appeared in their timelines; the people posting about exercise; their own tendency to compare themselves to others, and more. The results, which were published in the journal Health Communication, point to a fascinating relationship between health content and those who view it, Burke says.

Compared to people who didn’t see many fitness posts, those who were inundated with workout updates were more likely to be overly concerned about their weight, which may translate to a dip in self-esteem, Burke says. This effect was even more pronounced if the viewer thought of herself as similar to the poster, Burke adds, as perceived similarity may give rise to more side-by-side comparisons about size, fitness and physical ability.

The news wasn’t all bad, however. Among people who described themselves as likely to make “upward” social comparisons — that is, to compare themselves to people they perceived as superior — seeing health-related posts was actually correlated with a positive attitude toward exercise. “It might even be a motivating factor,” Burke says.

The average social media user likely isn’t consciously aware of which camp she falls into, Burke says. The point is more that what people see on social media does have an impact, which may vary from person to person, Burke says.

“A lot of us just kind of scroll through and see things passively,” Burke says. “We might not realize that we are internalizing it, and that it can be affecting our attitudes about ourselves.”

That message is important both for social media consumers and creators — who, Burke found, post about their hikes, bikes and burpees for reasons ranging from accountability to pride to a general tendency to put everything online.

“We should be careful about the way that we’re phrasing things,” she says. “We should be responsible posters and try to have a proactive, pro-health, positive message that makes people feel capable of engaging in these health behaviors.” 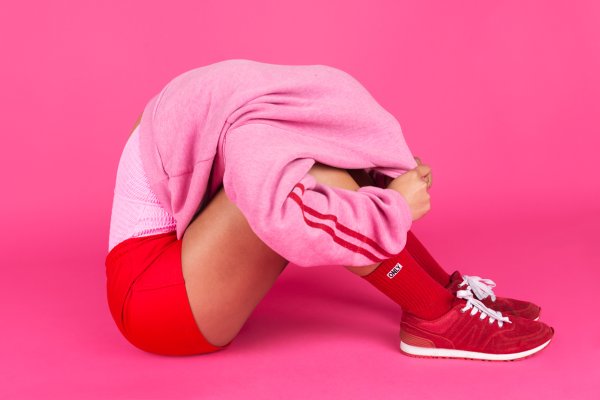 Should I Exercise When I'm Sick?
Next Up: Editor's Pick