'I Try Like Hell to Hide the Bald Spot.' President Trump Admires Himself on TV at CPAC

President Donald Trump indulged in a bit of self-admiration — and deprecation — as he took the podium to roars of approval at the Conservative Political Action Conference Friday.

Looking at a reflection of himself on the television, the president remarked, “what a nice picture that is, look at that, I’d love to watch that guy speak,” as the audience began cheering.

He then turned around and fixed his famous hair.

“I try like hell to hide that bald spot, folks, I work hard at it,” he said. “We’re hanging in there folks — together we are hanging in.”

He then turned to discussing his accomplishments on the judicial circuit, noting the number of judges that have been confirmed to the bench during his tenure in the White House. 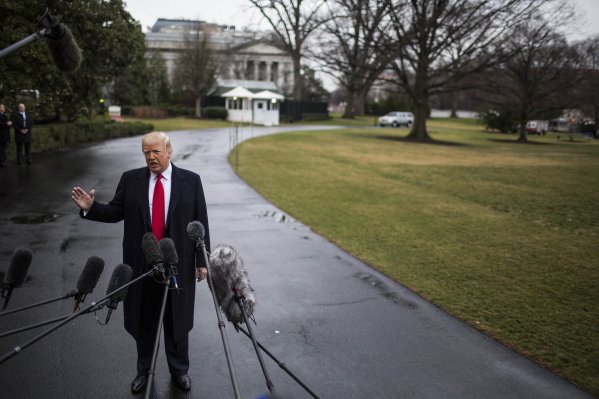 Trump Knocks Sheriff's Deputy Who Stayed Outside Florida School Shooting as a 'Coward'
Next Up: Editor's Pick