U.S. Olympians Turn to Bitcoin to Fund the Cost of Competing

Chris Mazdzer of the United States celebrates after he won silver in the Luge Men's Singles on Feb. 11, 2018.
Ezra Shaw—Getty Images
By Bloomberg

In what may be the first of its kind for the quadrennial games, American lugers are accepting cryptocurrency donations to help fund their Olympic ambitions.

While a trickle so far — the U.S. luge team got about $25 worth of Bitcoin donations after its star athlete won a silver medal last week — the fundraising arm of the team is aiming for cryptocurrencies to make up a bigger part of future finances.

“Both know all about speed, crashes, risk management, and holding on. Which is maybe why the US Luge Team and Bitcoin are made for each other,” the team wrote on its website, which features images of athletes lying on top of a flat sled speeding down a curvy ice track. “Funds historically have been scarce, but the sport of luge has always been one to reward innovation and technology.”

Ty Danco, a former 1980 luge Olympian and now an angel investor, pushed the idea for accepting Bitcoin, and became a seed investor of sorts by making the first donation with the virtual token.

“There’s no doubt in my mind that the luge team needs a whole lot more money,” Danco said in an interview with Bloomberg.

Although the athletes are financially supported by a number of sponsors, he sees Bitcoin as another avenue for the underfunded luge team to raise more money.

USA Luge started taking cryptocurrency donations in December in the run-up to the Winter Olympics in Pyeongchang. As of Feb. 9, the day of the opening ceremony, the team had collected 0.673 Bitcoins, which at the time was worth about $5,400 based on CoinDesk’s Bitcoin price index. As of Feb. 20, the value of the Bitcoin donations had risen to about $7,300.

The team noted on its website that the donations were not only tax deductible but that “from a tax point of view, donating Bitcoin to USA Luge gives donors the benefits of not paying taxes on any appreciated Bitcoin.”

The teams virtual donation pot got a slight boost after Chris Mazdzer won silver on Feb. 11, the first-ever U.S. Olympic medal in men’s singles luge. Within hours, three Bitcoin donations worth about $25 as of Feb. 20, came in.

The Bitcoin donations haven’t been as promising as the team has hoped but it isn’t ready to cash out yet.

“It’s just going to sit there and do nothing for at least three years. You know this is a long term bet on the viability of Bitcoin,” Danco said. 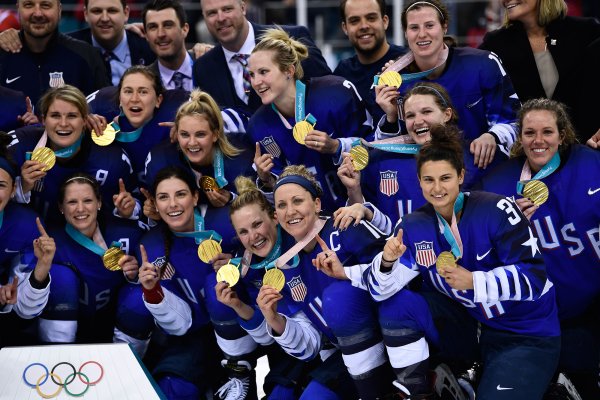