Diane Warren has had one of the longest — and most prolific — careers in pop songwriting of anyone in the music industry today. You’ve heard her music, even if you don’t know her name: she is behind hits spanning over three decades, from Aerosmith’s “I Don’t Want to Miss a Thing” to Celine Dion’s “Because You Loved Me” and the Michelle Obama collaboration “This Is For My Girls.” Over the years, she’s racked up a series of accolades, too, including 15 Grammy nominations, nine number-ones on the Billboard Hot 100 and nine — count ’em! — Oscar nominations. But she’s yet to take home an Academy Award of her own.

This year she’s in contention again for Best Original Song, for “Stand Up For Something” featuring Common and Andra Day. The song is from the drama Marshall about Supreme Court Justice Thurgood Marshall, and it’s a call to action whose relevance feels at once timeless and current. Warren, who’s refreshingly candid, is not afraid to hope aloud that people will connect with the track in a lasting — and award-worthy — way. “It would be nice to take [the Oscar] home, especially with this song,” she says, “because of everything I’ve ever written, this is probably the most important song of my life.”

She first came across Marshall through a friend she knew from her work on The Hunting Ground, a 2015 documentary about sexual assault on college campuses, for which she wrote another Oscar-nominated song, featuring Lady Gaga. She immediately wanted to be involved in Marshall, and received the script the next day. TIME talked with Warren about what it means to stand up for something, how her friend Common got involved and why activist anthems matter in the age of #MeToo and rampant gun violence.

TIME: How did you put this song together for Marshall?

Diane Warren: I read [the script] and I scribbled on a page, “It all means nothing if you don’t stand up for something.” I felt like it reflected who Thurgood Marshall was. He stood up at a time when he was literally risking his life. Whenever I write a song for a movie, I want it firstly to fit and move the movie along. But then I like to have a song that can go beyond that — which “Stand Up for Something” really has, because every day, sadly, it’s become more relevant. I mean look what just happened: we have to stand up against gun violence. Right now so many of our rights are being threatened: civil rights, animal rights, human rights, women’s rights, just the right to go to a school, the right to go to a shopping mall, the right to go to a concert without someone opening fire with a f-cking AK-47. When I wrote this, I wanted to harken back to those great ’60s soul call-to-action songs — “A Change Is Gonna Come,” “People Get Ready.” Even “Respect.”

How was this different from other songs you’ve worked on for a movie?

I think this is the most important and meaningful song I’ve ever done. I came into work after scribbling that line in the script, and I just wanted to create a song of this era that’s of that era too. A call to action that’s modern. Because there are no songs right now that are making me want to get up and change the world. I sat at my piano, and it just wrote itself. At first I was like, “Oh my God, I hope I’m not ripping someone off.” But it was a gift.

This kind of song, you wouldn’t have had a rap on it back in ’68. That was a time of upheaval just like now; those songs came along and gave people hope. And I was like, “What if you put a rap on that?” And who better to rap than Common? Not even a week later, I was on a plane to Sundance and he was sitting in back of me. I told him about the song and he said, “Wow, I love that, will you send it to me?” The next day I had ten missed calls from him asking to be a part of it. He came up with an amazing rap. It’s like a mashup of these genres.

This feels like the latest in a series, for you, of songs that are also activist anthems — the Lady Gaga song “Til It Happens to You,” the Michelle Obama song “This Is For My Girls.” When did that start?

It’s always important to me [that] what I put out in the world has a positive effect. But it just kind of happened. “Til It Happens to You” — I truly believe that helped the conversation about sexual assault. And at that time, that was in the shadows, a lot more than it is now. It even helped me; I had an experience, and it even helped me to talk about. Music goes right to your heart and soul; nothing’s more powerful.

How do you feel about the momentum around #MeToo and Time’s Up?

I think it’s great. I had a couple of experiences, but not those that some of my friends have. I’ve always been just in my room writing songs. So I didn’t deal so much with… the comments, come ons. I saw a lot of that; it’s horrible. Things are really changing. The genie’s not going back in the bottle. It’s a good time to be a woman.

As a woman who’s been a songwriter for so long, have you felt that your gender ever held you back?

To be honest, no. There’s something that really bothers me about the “female” label. You don’t do that to male songwriters. You don’t say, “he’s the most successful male songwriter.” Why does it have to be that way? Just say “songwriter” or “director.” But to your question: no, it hasn’t held me back. Either my song works for somebody, or they don’t want it. It has to stand up for itself, no pun intended.

How do you keep up your constant output?

I’m always excited about my next song. I don’t ever look in my rearview mirror. It’s the hunger to keep creating, keep doing more.

Is this Oscar especially important to you? This is one of the only major awards you have yet to put on your trophy shelf.

Yeah, it’s that elusive Oscar. You know, it’s amazing to be nominated, and being nominated nine times is so exciting. I had my friends over to my house [for the nominations] and we had a slumber-less slumber party. I couldn’t sleep. You never know if you’re going to get nominated. The first song was called — not mine. Second song — not mine. Fourth song — they finally called it. Everybody was jumping around. I was crying. I’m not jaded at all. But if I’m just being really honest, yes, it would be great to get this.

What will happen if you win?

I would probably faint. They’d have to lift me out of there, I’d be so shocked.

Are there any other artists you’re still dying to work with? You’ve worked with pretty much everyone.

Bruno Mars I saw recently and he started singing a song I’d forgotten I’d written, years ago. He said to me, “Write me one of those!” He doesn’t really need me to write for him, but I’d love to. But there’s all kinds of people I might not even know.

What’s your advice to aspiring songwriters?

You can’t be good, you’ve got to be great. It’s all hard work. 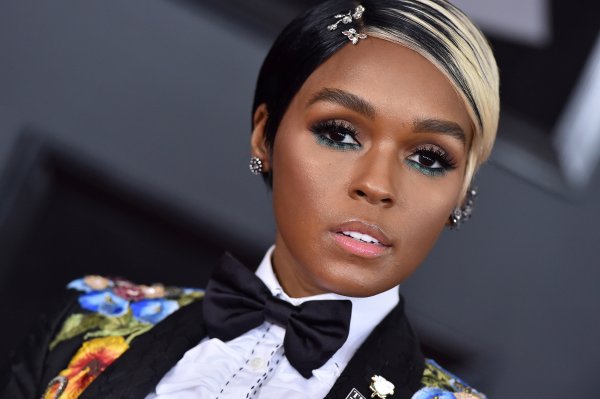