Tech Startups Are Suing the FCC to Save Net Neutrality

Regulations the FCC passed in December were published Thursday in the Federal Register, setting in motion legal and legislative challenges, while leaving unclear when the rules would come into effect.

In Congress, lawmakers were considering publication as opening a window for a Democratic-led effort to vote to rescind the FCC’s new rules — a long shot, considering that Republicans hold a majority in each chamber and President Donald Trump could veto a challenge to his chosen FCC chairman’s action.

Other filings attacking the repeal are expected on Thursday, including one from many state attorneys general.

The Republican-led FCC with its 3-2 vote in December removed Obama-era prohibitions on blocking web traffic, slowing it or demanding payment for faster passage via their networks. Over objections from its Democrats, the FCC gave up most authority over broadband providers such as AT&T Inc. and Comcast Corp. and handed enforcement to other agencies.

“It is time for us to restore internet freedom,” FCC Chairman Ajit Pai, who dissented when the FCC adopted net neutrality under Democratic leadership in 2015, said at the time. “We are restoring the light-touch framework that has governed the internet for most of its existence.”

Pai may benefit from a legal doctrine that gives regulatory agencies the benefit of the doubt in legal questions. The so-called Chevron deference was named after the 1984 U.S. Supreme Court case that birthed the concept.

Eliminating the regulations frees broadband providers to begin charging websites for smooth passage over their networks. Critics said that threatens to pose barriers for smaller companies and startups, which can’t afford fees that established web companies may pay to broadband providers, or won’t have the heft to brush aside demands for payment. Broadband providers said they have no plans for anti-competitive “fast lanes,” since consumers demand unfettered web access.

The FCC’s rules still can’t take effect until they undergo a review, which could take months, of the burden they impose on reporting requirements for broadband providers. That leaves uncertain the exact date the package takes legal effect. 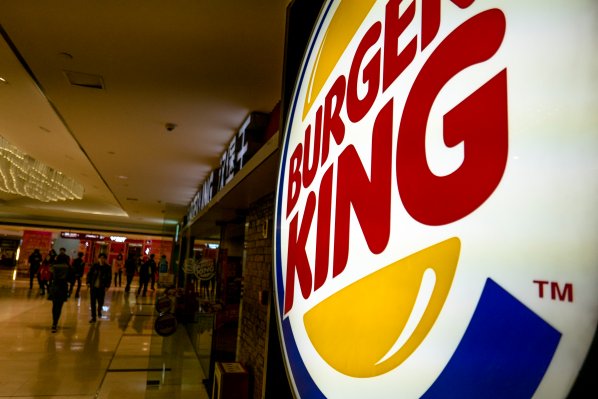 Allow Burger King's New Ad to Explain Net Neutrality to You
Next Up: Editor's Pick