Jane Seymour said she briefly quit acting after she was sexually harassed by an unnamed producer around 1972.

The 67-year-old actor, best known for her roles in the James Bond film Live and Let Die and the 1990s TV drama Dr. Quinn, Medicine Woman, revealed her #MeToo story in an interview with Playboy. She also posed for a spread in the magazine.

Seymour said the incident happened when a powerful producer invited her to his house to watch her screen test for a role. She said the producer told her: “I’ve persuaded everyone that you are the perfect person to play this role. It wasn’t easy. Now it’s your turn.” The producer, whom Seymour did not name, then put his hand on her leg “in the wrong place.” She said she moved away from him and asked him to call her a cab.

“He put me in a car and said, ‘If anyone knows you ever came here, if you ever tell anyone, ever, I’ll guarantee you never work again anywhere on the planet,” Seymour told the magazine. “And he had that power. I got in the cab and cried, terrified.”

She said that she briefly quit acting after the incident, saying she wasn’t “prepared to do what had to be done.” But she got back into the industry after being offered a part in the play A Doll’s House. She gained prominence in 1973 for her role as a Bond girl in Live and Let Die.

“The only reason I’ve ever told that story is that women should have a choice,” Seymour says. “I was put in a situation where I couldn’t show what I could do. And I’m a person who, when something bad happens, I get over it and move forward.” 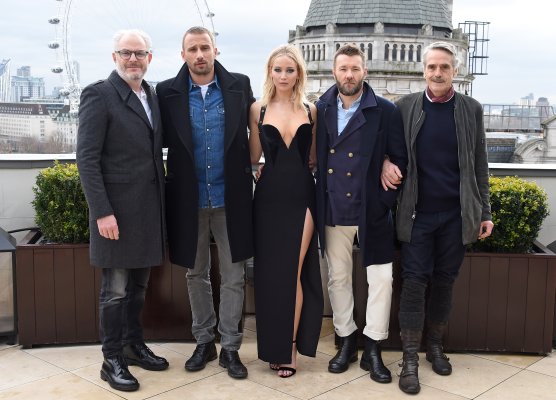 Jennifer Lawrence Doesn't Care If People Think She Looks Cold in That Dress: 'This Is Ridiculous, This is Not Feminism'
Next Up: Editor's Pick