No One Takes Olympic Fashion More Seriously Than Johnny Weir

By Raisa Bruner and Cady Lang

Johnny Weir may not have won any medals back at the 2010 Winter Olympics when he competed as a figure skater for Team USA. But this time at the 2018 PyeongChang Games, he’s got plenty of hardware to display around his neck — of the jewelry variety, that is. All eyes are once more on Weir as part of NBC’s reporting team covering the figure skating events alongside fellow former Olympian Tara Lipinski, with his ornate selection of high-fashion outfits topped with serious jewelry. (The finishing touch: his signature snarky commentary.)

Weir’s sartorial extravagance is no secret. He and Lipinski have been making a splash on the style scene for years, ever since they got their announcing start back in Sochi in 2014, the year after he officially retired from competing on the ice. But Weir upped the ante for 2018, coming with 13 suitcases to South Korea, as the New York Times reported. (Lipinski, in contrast, only brought nine suitcases.) And if you need any more proof of his style prowess, consider that how his bedazzled pompadour and white ensemble for the Winter Olympics closing ceremony garnered almost as much buzz as the dazzling show that PyeongChang put on to say goodbye to its Winter games athletes.

From embellished collars to bedazzled blazers — and bold hair and makeup looks to match — Weir is a sight to behold, even though he’s not one of the stars on center ice. Whether it’s an oversized sash of pearls, heeled boots, or vintage accoutrements from brands like Chanel and Rodarte, he’s made sure to make a statement and establish himself as a must-watch portion of this Winter Olympics.

Write to Raisa Bruner at raisa.bruner@time.com and Cady Lang at cady.lang@timemagazine.com. 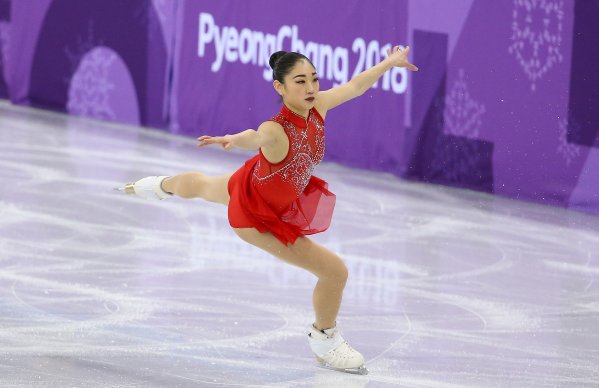 The Most Exciting Events to Watch Before the 2018 Winter Olympics End
Next Up: Editor's Pick