Jamaica didn’t make it to the podium on Wednesday at the 2018 Winter Olympics, but that hasn’t stopped the internet from cheering for the squad nonetheless.

Jamaica is known for many things—sun, sand, blue water. Snow is not one of them. But Jamaica still sends bobsled teams to the Winter Olympics.

Russell’s and Fenlator-Victorian’s journey to become the first Jamaican women to compete in the Winter Games has not been easy—and the internet has been rapt at the unfolding drama. Last week, their coach Sandra Kiriasis, a two-time Olympic medalist, abruptly quit the team taking the team’s sled with her. Kiriasis reportedly demanded payment for the sled’s use when she left, which the Jamaican Bobsled Federation declined, according to the BBC.

That left the team without a sled—until a beer company stepped in. In what can only be described as an internet fairy tale, Jamaican beer company Red Stripe tweeted that they would come to the team’s rescue and sent them a new sled, just in time for the team to compete in their first scheduled training run.

When the team took to the bobsled track to compete in the two-woman portion of the Olympic competition on Tuesday, the internet couldn’t handle it.

The team finished 17th on Tuesday and second from the bottom at Wednesday’s women’s contest at the Olympic Sliding Centre, but that didn’t deter the excitement. 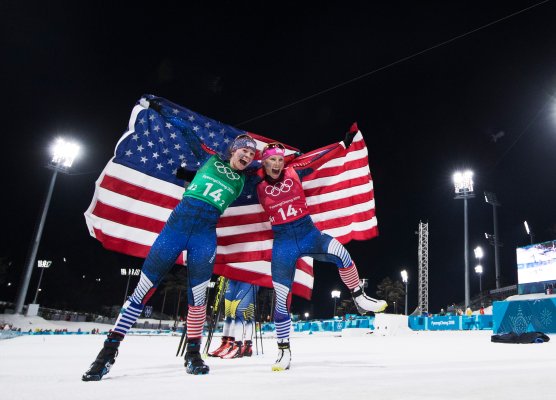