Just months after YouTube promised to clamp down on “bad actors,” a video promoting a conspiracy theory about a Parkland, Florida school shooting survivor was briefly the top trending item on the site Wednesday morning.

The video shows a local news clip about a confrontation between beachgoers and a lifeguard near Los Angeles. Appearing in the video is a young man identified as David Hogg, a survivor of the Parkland shooting who has since emerged as a leader in the student-driven gun control advocacy movement.

But the version of the video featured prominently on YouTube suggested Hogg is a “crisis actor,” or a person paid by anti-gun groups to travel to scenes of shootings and promote gun control. Such conspiracy theories are being widely shared by fringe media outlets this week.

The video was removed by 12 p.m. ET Wednesday, hours after first appearing on YouTube’s “Trending” page, a highly-trafficked, algorithmically-generated portal which lists popular videos on the site.

“This video should never have appeared in Trending,” a YouTube spokesperson said when reached for comment. “Because the video contained footage from an authoritative news source, our system misclassified it. As soon as we became aware of the video, we removed it from Trending and from YouTube for violating our policies. We are working to improve our systems moving forward.”

The original version of the video, uploaded last year, is still on YouTube.

The baseless conspiracy theories surrounding Hogg have been amplified by several influential people in conservative media and politics. President Donald Trump’s son, Donald Trump, Jr., “liked” a pair of tweets making such claims about Hogg, The New York Times reported. Some people have even claimed Hogg is working alongside his father and the Federal Bureau of Investigation, where his father once worked as an agent.

Hogg addressed the allegations in an appearance on CNN Tuesday night.

“These people saying this is absolutely disturbing,” Hogg said. “I am not an actor in any sense, way, shape or form. I am the son of a former FBI agent, and that is true. But as such, it is also true that I go to Stoneman Douglas High School, and I was a witness to this. I’m not a crisis actor. I’m somebody that had to witness this and live through this.”

Hogg added that Trump, Jr. liking a post making such allegations is “disgusting” and “false.” Hogg also retweeted another student from Marjory Stoneman Douglas High School, who posted, “he moved from California our freshman year and hasn’t transferred since. I’ve worked with him in many tv production project and sorry @davidhogg111 but he isn’t that great of an actor. Everything you see is real.”

That a video promoting a conspiracy theory about the survivor of a school shooting that claimed 17 lives will complicate matters for the Google-owned YouTube, which, along with other social media platforms, is in the midst of a soul-searching moment regarding how to deal with material that is abusive, defamatory or even the work of a foreign power attempting to destabilize the politics of another nation. For its part, YouTube recently said it would hire 10,000 people to address “problematic content.”

“I’ve seen how some bad actors are exploiting our openness to mislead, manipulate, harass or even harm,” YouTube CEO Susan Wojcicki said in a December blog post promising action on the matter. 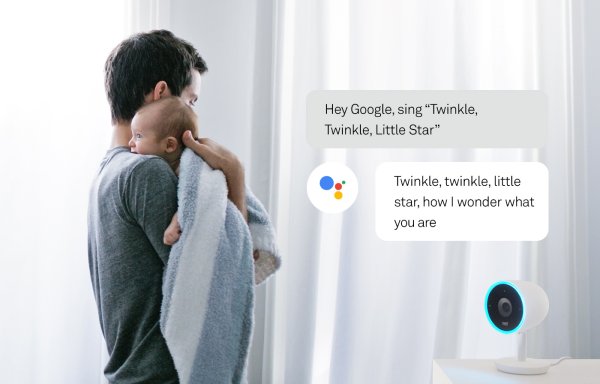 You Can Now Talk to Your Nest Security Camera
Next Up: Editor's Pick