American cross-country skier Kikkan Randall stood at the finish line of the team sprint final at the 2018 Winter Olympic Games in PyeongChang, South Korea, along with Charlotta Kalla of Sweden, both racers screaming their lungs out. “We were having our own little competition,” says Randall. They were urging on their teammates, American Jessica Diggins and Swede Stina Nilsson, who pushed down the stretch, their skis even with each other in the snow. At stake: the first United States Olympic gold medal, ever, in cross-country skiing, a sport long ruled by Scandinavian countries.

Diggins and Nilsson lurched across the finish line. Randall, a five-time Olympian but never a medalist — American’s only Olympic cross-country medal was the silver Bill Koch won back in 1976 — looked up at the scoreboard. Her eyes didn’t lie: United States, number one. She screamed, then ran over to Diggins to tackle her.

“That was awesome,” says Diggins, describing Randall’s hit. “That’s when I realized it was real.”

While much of the United States was still sleeping early Wednesday morning, what was once one of America’s most far-fetched Olympic dreams — a gold in cross-country skiing — really did come true Wednesday evening in PyeongChang. Team USA finished the two-person relay event at the Alpensia Cross Country Skiing Centre with a time of 15 minutes, 56.47 seconds – just 0.19 seconds ahead of Sweden. Diggins overtook Nilsson in the final leg of the race. “I could feel her behind me when the last 100 meters came,” Nilsson says. Diggins wouldn’t be denied. “I don’t know what I was thinking, besides ‘go, go, go,’” Diggins says. “Then I gave it everything that I had, because when you have a teammate that you really, really love and care about waiting for you at the finish, you’re never going to give up.”

After it was over, Luke Bodensteiner, chief of sport for the American team and a former Olympic cross county skier, fell to his knees and cried.

Even athletes from other countries celebrated America’s surprise victory. “I’m so happy for the U.S.,” says Canadian skier Len Valjas. Before the start of the men’s final — won by Norway — a technician told Valjas the U.S. women had won. Valjas felt an extra bolt of energy. “It’s a win for North America,” he says. Marit Bjoergen of Norway won a bronze in the women’s final, a 14th career Olympic medal; she’s now the most decorated Winter Olympian of all-time. But on a night in which she made her own history, Bjoergen seemed delighted that the Americans overshadowed her. “It’s not good that it’s always Sweden and Norway,” says Bjoergen. “I feel like we need some more.”

Immediately after the Olympic victory, American officials, coaches and athletes said the win would certainly help cross-country skiing grow as a sport in America. “I know this is going to inspire a lot of kids back home to now want to be Olympic champions in cross-country,” says Randall. She and Diggins serve as ideal headliners. Randall, 35, is the only mom on Team USA. The night before her race, she Facetimed her 22-month-old son, who’s back in Canada with her in-laws. “I said, ‘Mommy’s going to ski tomorrow, do you have anything to say?’” says Randall. “And he took out his pacifier and he went, ‘goooooo.’” Randall complied.

Diggins, 26, has a loose and infectious personality. “Holy sh-t you guys,” she said to the Norwegian men’s team as they entered their post-race press conference. “That was amazing.” She’s from Afton, Minn., a 3,000-person town east of Minneapolis, on the Wisconsin border. She’s a fan of sticking glitter on her teammates before races. “For me, the sparkles and glitter has always been a promise to myself that I’m going to go out there and I’m going to lay it all down,” Diggins says. She and Randall also painted each other’s faces with red and blue stars. “If you’re wondering who’s better at it,” Randall says of the pre-game paint, “she’s better at it.”

Randall and Diggins stick to their rituals. While traveling in Germany in 2012, Randall stopped in a convenience store with her teammates, and picked up four pairs of socks from a Pippi Longstocking costume. “We only wear the socks on relay days,” says Diggins, displaying her blue striped socks (Randall’s were red). “That’s the deal.”

Those socks aren’t coming off the skiers anytime soon. Will the Olympic victory really mark a turning point for cross-country? It’s hard to imagine kids, en masse, flocking to the woods to push their skis through the snow. The sport’s grueling. But then again, when Randall started her Olympic career, at the 2002 Salt Lake City Games, it was hard to imagine gold in her future. She finished 44th at those Games. “If I could go back and talk to myself in 2002, and say in 2018 that we’d win a gold medal, I just, I don’t know,” Randall says. “There’d be amazing look on my face.” 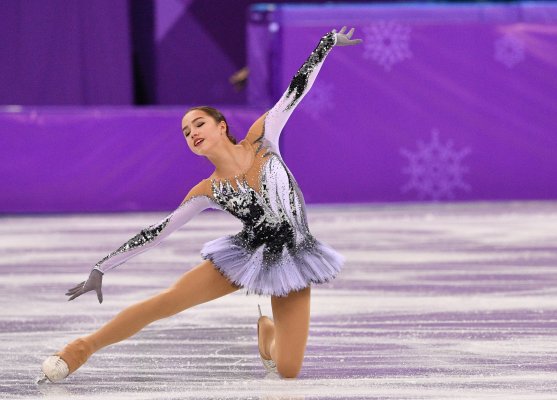