'I Wish I Could Keep Going.' Lindsey Vonn Got Emotional After Her Bronze Medal Win and So Did the Internet

Lindsey Vonn had some feelings about her bronze medal Tuesday night. And so did the internet.

It was her her third Olympic medal, and she said it was her last Olympic downhill skiing race.

Vonn, 33, is the oldest woman to ever win an Olympics medal in Apline skiing.

It was a question about Vonn’s late grandfather that got her worked up. Don Kildow, a Korean War veteran who built Vonn her first ski hill, died in November. To honor him, she wore his initial on her helmet.

“I wanted to win so much because of him,” she said. “But I still think I made him proud. Our family never gives up and I never gave up.”

“I wish I could keep going,” she added, after saying it was her last downhill race. “I have so much fun. I love what I do. My body probably just can’t take another four years.”

The internet seemed to be just as emotional as Vonn — and proud. 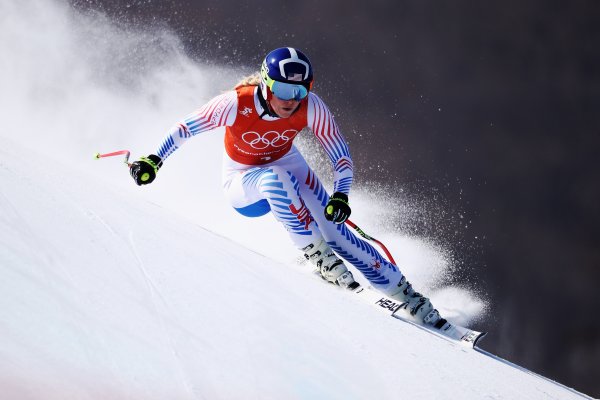