Airlines Are Making Tons of Money. Now Pilots Want Their Pensions Back

Airline pilots, still resentful over pensions yanked away in a wave of industry bankruptcies, see growing company profits as a chance to reclaim some of those lost benefits.

Unions at American Airlines Group Inc. and Delta Air Lines Inc. are studying ways to reconstitute or replace retirement plans that were scrapped or frozen during the carriers’ past financial struggles.

The efforts suggest that pilots are ready to play hardball over the issue in the next round of labor talks, starting early next year at American. The three biggest U.S. carriers have reported combined adjusted profits of about $47 billion over the past five years. But reviving old retirement plans would be a big new expense for the companies just as other costs, such as fuel, are rising.

“This company is flush with money,” said Dan Carey, president of the Allied Pilots Association, which represents aviators at American. At the same time, “we have a high demographic of middle-age pilots and we’re approaching retirement age with insufficient pension security. This is an immediate problem.”

Discussions are in early stages, and any changes would require buy-in both by union members and the companies. Most airlines now have defined-contribution retirement plans like a 401(k). Those are less expensive and less risky for companies than defined-benefit pension plans that guarantee certain payouts but can become underfunded if investments don’t keep up with obligations.

Delta pilots have met with counterparts at FedEx Corp., where union leaders are evaluating possible remedies to a shortfall in retirement benefits for the company’s senior aviators. American is seeking its own meeting. A recent memo issued by the Delta union’s Atlanta chapter talks about considering a “defined benefit-like” plan.

Retirement benefits are especially critical for pilots because the law requires them to retire at 65.

“We don’t have an option to say I’m not prepared financially now, I’ll keep working until I get there,” said Chuck Dyer, chairman of the FedEx chapter of the Air Line Pilots Association.

FedEx’s pilot union is among those exploring variable pensions, which allow employers to raise or lower benefits based on how well a fund’s investments perform. Companies share risk with employees with the variable plans, which provide more flexibility in economic downturns.

FedEx never filed for bankruptcy, but its current defined-benefit plan has limitations that have capped benefits well below pilots’ final earnings level, Dyer said. The union is exploring whether they should seek to replace it with a variable plan, while also keeping an existing retirement savings plan to help balance risk.

Pension plans frozen during airline bankruptcies that rocked the industry over the last decade and a half are a major hurdle to change. When a plan is frozen, it generally closes to new participants and benefits won’t grow. Some of these plans are overseen by the Pension Benefit Guaranty Corp., a quasi-governmental agency that insures U.S. defined-benefit pensions.

Because American was created by the merger of several companies, some pilots there had pensions terminated or frozen, while others never even had a plan.

The company currently has a 401(k) program, and union chief Carey wants to find a way to reclaim retirement income pilots lost as a result of American’s 2011 bankruptcy filing. That’s in addition to seeking access to frozen pension funds now that the world’s largest carrier is churning out profits.

“They are making half a million dollars an hour, every hour of the day, every day of the year, every month, all year long,” Carey said.

A Standard & Poor’s index of the five biggest U.S. airlines was little changed at 2:38 p.m. Tuesday, leaving it down 6.1 percent this year.

Frozen pension plans can be re-activated if they are in compliance with funding and other requirements, and if both the airline and union agree, according to Josh Gotbaum, a former chief executive officer of the pension oversight agency. A fund has been “unfrozen” only once, during steelmaker LTV Corp.’s bankruptcy in the late 1980s, he said.

Retirement benefits at Fort Worth, Texas-based American will be high on the union’s list of priorities during 2019 labor negotiations, Carey said. A spokesman for American said the company “always welcomes discussions with our pilots and looks forward to hearing from APA about their priorities” when talks begin.

Delta’s union leaders have taken “initial steps” to examine options and are looking to hire outside consultants who specialize in retirement plans, according to a memo sent to pilots. The carrier continues to pay into a frozen defined-benefit plan for pilots at Northwest Airlines, which it acquired. Delta pilots’ pension was terminated in a 2005 bankruptcy.

“Several hurdles remain in constructing retirement plan options,” Bill Bartels, chairman of the Air Line Pilots Association unit at Delta, said in a separate note to members. “But just saying ‘We can’t make changes that the group wants’ isn’t an acceptable answer.” A union spokeswoman declined to comment on the memos.

Retirement benefits at United Continental Holdings Inc., which is already in contract talks, have been and remain an issue for labor discussions, said Greg Everhard, a spokesman for the pilots union. But he downplayed any new emphasis.

United pilots’ pension was terminated in its 2002 bankruptcy and taken over by the pension oversight agency. Continental Airlines’ plan was frozen before it merged with United, which continues to administer that fund, the union said. 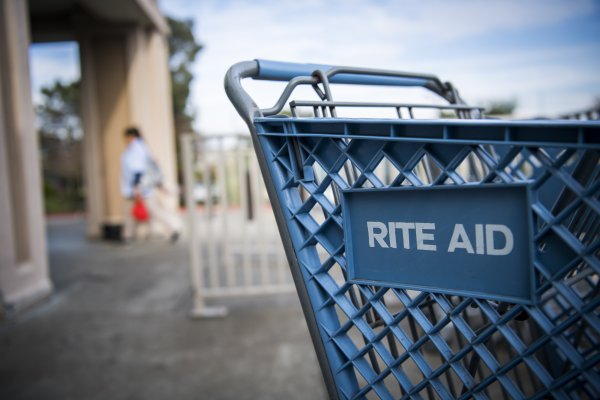 Albertsons to Buy Rite Aid in Move to Compete With Amazon
Next Up: Editor's Pick