Two weeks after model Kate Upton came forward with details alleging designer Paul Marciano of sexual harassment, the Guess co-founder is stepping down from his title.

According to CNBC, Guess? Inc announced that Marciano will give up his day-to-day responsibilities at the company until the sexual misconduct investigation is complete.

“I have pledged my full cooperation to the Company, and I have the utmost confidence in our CEO, Victor Herrero, to continue leading the Company during this time,” Marciano said in a statement.

Earlier this month, Upton alleged that Marciano inappropriately touched her on her first day of shooting with the brand in 2010.

“After the first day of shooting the Guess Lingerie campaign [on July 25, 2010], Paul Marciano said he wanted to meet with me. As soon as I walked in with photographer Yu Tsai, Paul came straight up to me, forcibly grabbed my breasts and started feeling them — playing with them actually,” Upton told TIME. “After I pushed him away, he said, ‘I’m making sure they’re real.’”

She also accused the designer of asking the photographer to leave him alone with Upton in the room. “I was able to send a quick text to Yu Tsai asking him to stay. He did, but that did not stop Paul’s constant grabbing,” Kate said. “I was extremely shaken, surprised and scared.”

TIME reported that Yu Tsai “corroborated details of her allegations.”

Marciano denied the model’s accusations in a statement to PEOPLE. “The claim that I groped Kate Upton the first time I ever met her and in front of dozens of people in a busy hotel lobby is preposterous. I have never been alone with Kate Upton,” he said. “I have never touched her inappropriately. Nor would I ever refer to a Guess model in such a derogatory manner.”

He explained that he will fully cooperate with the investigation. “I fully support the #metoo movement. At the same time, I will not allow others to defame me and tarnish my reputation. I have pledged to Guess and its Board of Directors my full support and cooperation with a fair and impartial investigation.” 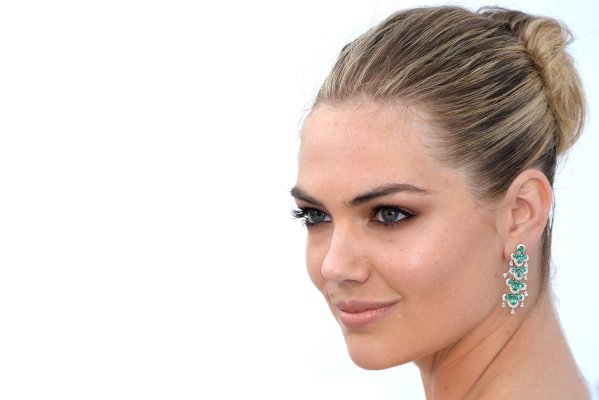