After surviving more than 2,000 years in an underground crypt in central China, a life-seized terra-cotta warrior statue managed less than three months at the Franklin Institute in Philadelphia before succumbing to bodily harm. A man snuck into the exhibit, took a selfie with the $4.5 million statue and then broke off and pocketed a thumb, the Philadelphia Inquirer reported.

The suspect, identified by the FBI as 24-year-old Michael Rohana, was attending an “Ugly Sweater Party” at the museum on Dec. 21 when he beelined for the special exhibit housing the warrior, which was then closed.

According to the affidavit filed by FBI Art Crime Team investigator Jacob B. Archer and cited by the Inquirer, the suspect left his fingerprints all over the artwork. Surveillance video also caught Rohana hanging around the exhibit, while his selfies pictured him with his arms draped around “The Cavalryman.”

When agents showed up at Rohana’s home where he lives with his parents in Bear, Del. on Jan. 13, he quickly showed them to the thumb’s hiding place: his drawer.

Rohana was charged last week with theft and concealment of an artwork, and interstate transportation of stolen property, according to the New York Times. He was released on bail.

News of the theft has prompted outrage in China, which had loaned 10 statues from among the 8,000 life-size clay warriors that make up the Terracotta Army to the Philadelphia museum. The works came from one of China’s most important archaeological finds.

An official at the Shaanxi Cultural Heritage Promotion Center, which loans the statues out, called for a harsh punishment, the Times reports.

“We call on the American side to severely punish the person who committed this destruction and theft of mankind’s cultural heritage,” the official told a newspaper affiliated with the Communist Party.

The Terracotta Army was built by the Chinese emperor Qin Shi Huang in the third century BCE to protect him in the afterlife. The mausoleum was discovered by Chinese farmers in 1974, and the site and its clay trove were named to UNESCO’s World Heritage list in 1987. 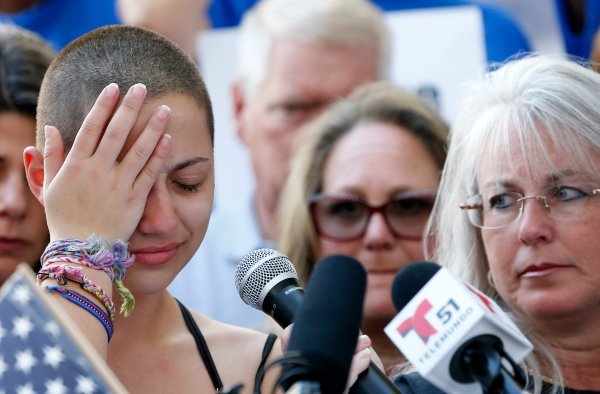 What to Know About March for Our Lives and Other Student-Led Gun Control Protests
Next Up: Editor's Pick