U.S. President Donald Trump hosts a law enforcement round table on MS-13 at the White House on February 6, 2018 in Washington, DC.
Pool—Getty Images
By Sarah Gray

President Donald Trump lashed out at Oprah over Twitter on Sunday night, calling the media mogul “insecure,” and saying he hopes she runs in 2020 “so she can be exposed and defeated.”

Trump was responding to a 60 Minutes segment that featured 14 voters from Michigan (a state Trump narrowly won) — seven who support the president, and seven who don’t — who sat down to talk politics – and managed to find friendship. Oprah, a 60 Minutes contributor, was the moderator.

“Just watched a very insecure Oprah Winfrey, who at one point I knew very well, interview a panel of people on 60 Minutes,” Trump tweeted. “The questions were biased and slanted, the facts incorrect. Hope Oprah runs so she can be exposed and defeated just like all of the others!”

The panel first appeared on the show in fall of 2017, but CBS’s 60 Minutes decided to bring the voters back on when producers discovered that, despite a hard partisan divide, the group remained in touch via a private Facebook group. The 60 Minutes roundtable fostered a friendship among the group and participants gathered several times for group activities and learn about each other.

In the second 60 Minutes segment, which aired Sunday, the group discussed the tax bill, Trump’s “shithole” countries comment, the #MeToo movement and whether they would still vote for the president.

“When we first met, there were some of you who had said, you know, you’d never been in conversations, certainly engagement, with members of the opposite side, political side,” Oprah said to begin the conversation. “So has that changed for you now?”

While the group mostly remained steadfast in their political beliefs, each voter seemed to agree that they now saw people on the other side of the political spectrum as human – and were able to empathize.

“Because now I’m looking at them as people, not as you’re Trump or not Trump,” one woman named Jennifer said. “This has been an incredible experience and an education for me.”

In terms of whether or not Oprah will run for president in 2020—after her rousing Golden Globes speech sparked rumors—she explained to Ann Silvio that it was “not in my DNA.” 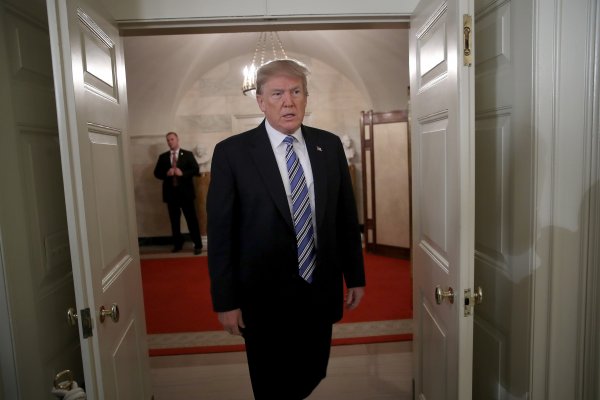