What's Next for Figure Skating at the 2018 Winter Olympics

With less than a week left of the 2018 Winter Olympics in PyeongChang, South Korea, there is only one more chance for Team USA to get on the podium for figure skating, as the women take the ice for the individual competition beginning Tuesday evening.

Maia and Alex Shibutani, known by fans as the ShibSibs, won bronze in ice dancing behind Canada’s Tessa Virtue and Scott Moir and France’s Gabriella Papadakis and Guillaume Cizeron. The bronze was their second during the Games after the siblings helped propel Team USA to third place in the Team Event last week.

The Shibutanis are the only skaters from the U.S. to make it on the podium outside of the Team Event otherwise. Still, several members of Team USA’s figure skating team at the Winter Olympics have made history at the Games this year. Nathan Chen, a medal favorite, missed his chance on the podium despite landing a record-breaking six quads in his final performance. Adam Rippon, who was one of the first openly gay male athletes to compete for the U.S. at the Winter Olympics, captured America’s heart with his performances and interviews.

Mirai Nagasu became the first female U.S. figure skater to land a triple axel at the Winter Olympics during her performance for the Team Event. Nagasu, along with teammates Bradie Tennell and Karen Chen, will compete at the final figure skating competition of the Winter Olympics: the ladies’ single skating.

Here’s what to know about the final event for figure skating at the Games.

Nagasu, Tennell and Chen will compete in the short program for the ladies single skating competition on Wednesday, Feb. 21 at 10 a.m. in Korea (or, Tuesday, Feb. 20 at 8 p.m. EST).

Medals will then be awarded for the top three figure skaters. 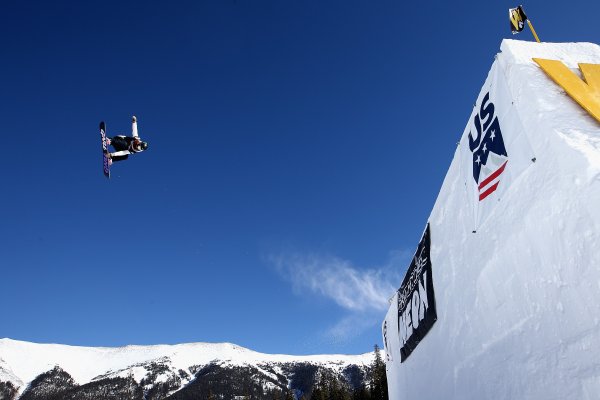 These Are the New Events on the Winter Olympics Sports Lineup This Year
Next Up: Editor's Pick